The Stop Evictions, Save Lives Dance Parade in Providence

Rhode Island to stay the course on prison Covid outbreak

OpEd: DARE speaks out on COVID Crisis at the ACI

As the pandemic rages inside, advocates, families and allies rally at the ACI

Getting rid of cash bail a good idea even when there's no pandemic, say legislators 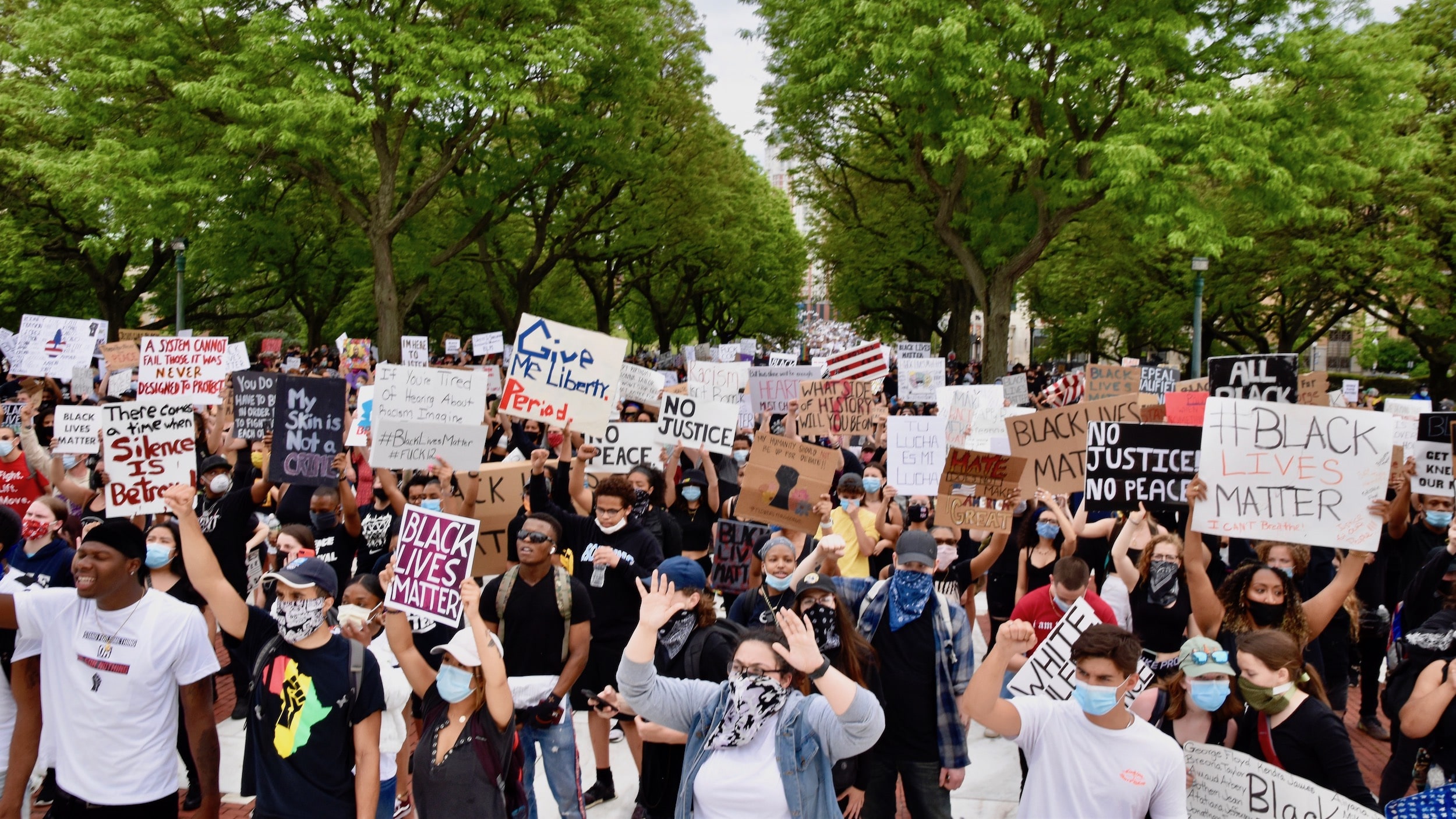 The protest was met with extreme policing. National Guard soldiers, armed with automatic weapons, fortified the Providence Place Mall and other locations downtown. Shopkeepers boarded up windows. Helicopters surveilled the crowd from overhead, barricades were erected, emergency text messages were sent to phones. When the protesters arrived at the State House, they were denied access to all but the lowest level of the stairs.

It was ironic, I suppose, that a peaceful rally to protest the over policing of Black bodies was met with over policing.

This was a youth led protest, and the youth who organized it, under the group name Step Up RI, had a speaking program. As much video as I could capture is below.

The march to the State House:

Arriving at the State House:

“In the summer of 2017 I spoke at the March for Racial Justice at India Point Park,” said Yojaida Heredia. “I listed names. Names of our Black brothers and sisters who have fallen victim to being killed for their skin color, for existing, for being here. That list hasn’t even scratched the surface of people who have died at the hands of white supremacy, racism and the police.”

“Every time we hear a police siren, we’re afraid.”

“Give us back what’s ours. Give us what we deserve. Give us our lives! Say it with me: Black Lives Matter!”

“Each and every one of you matters. Do not think for one second you do not matter, because you do.”

“I am 25 years old,” said Justice Gaines. “I am Black, I am trans, and I am a woman, and I am tired of this shit. I have a message for the elders. Because I was taught to respect my elders. Older Black folk: I need you to fight for my fucking life!

Yojaida Heredia repeated her speech on a better sound system.

The crowd is led in a classic piece of poetry from Assata Shakur:

The crowd is led in another chant:

“Today is my birthday. I should not be here today. I should be at home with my family celebrating.” It’s also the birthday of Breanna Taylor. “She would have been 27 years old today. She should be doing what she loved: Fighting for the safety of others as an EMT. She should be at home with her family, celebrating today. Instead, she was systematically assassinated by those who swore to protect.”

“All these cops. Look at them. They can’t do nothing for us. Not nothing. At the end of the day we have to protect our own selves.”

“I do not hate the police. I hate racism. [Police officers] are put in a racist system. The system was made to be against us. I can’t swear. I’m too young. I’m sorry. Fuck the Police!”

“Every time I go on social media, all I see is about people rioting and how that’s wrong. Us colored people built this city. We can tear it the fuck down when we want to!”

Another speaker: “We’re not promoting violence, just to be clear.”

“We can protest all we want, but it’s what comes after this. This was built on money. So if we want to hit them where it hurts, start with money. Economically. I want you all to invest in Black businesses! … I want action!. I want to see a Black Wall Street again!”

“I want you to know that this was a youth led protest… It doesn’t end here… We’ve got to defund the police. Thank you, and let this not be the end.”

“I have been the victim of selective enforcement and harassment by many Town of Portsmouth officials," said town resident Michael...

"The General Assembly's failure to pass this legislation has perpetuated a racist system of poverty wages and unsafe conditions for...

Fight Back: Beating a traffic ticket starts as soon as you are pulled over

Defending yourself against an alleged traffic offense starts with an awareness of what to do,and more importantly what not to...

Both signs display paintings of a person behind bars, looking out directly at us. The words are decorated with paintings...