Rally calls for an end to solitary confinement in Rhode Island

Fight Back: Preparing for Traffic Court 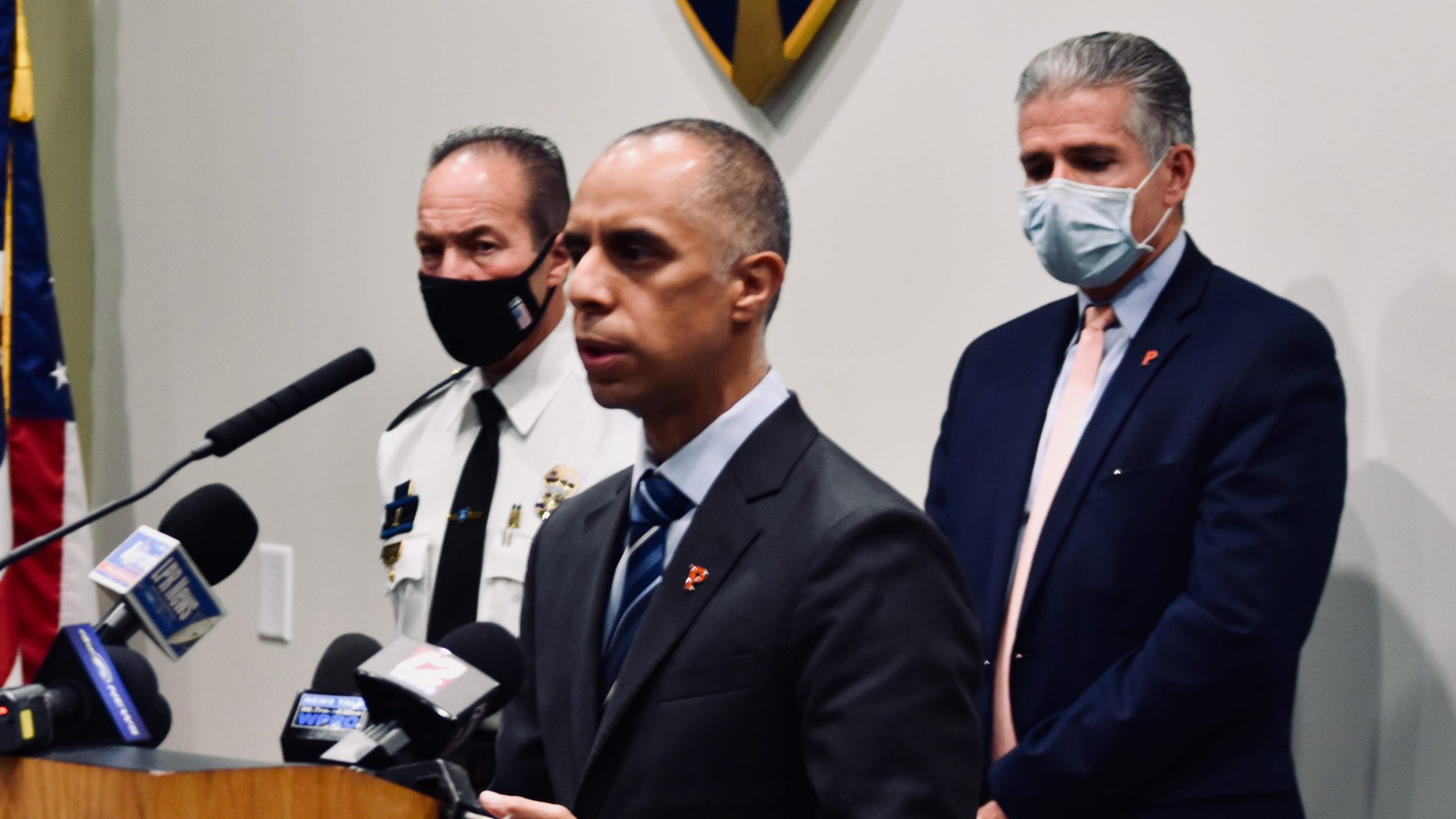 “I want everyone to know that we are fully committed to having a transparent and complete investigation,” said Providence Mayor Jorge Elorza near the beginning of a press conference concerning the events from the day before when a police cruiser impacted a moped sending 24 year-old Jhamal Gonsalves to a hospital and into a coma. “As this investigation and process develops, and as we reconstruct the scene, talk to witnesses, gather up any and all video that’s out there, we’re going to make sure that we communicate as frequently as possible with the community and the public about this.”

“I know that it’s a tough environment right now, just in general,” said Mayor Elorza towards the end of the press conference, acknowledging the controversies around policing across the country and in Providence. “People are skeptical. Many folks simply don’t trust the process, don’t trust the city or the police or another institution.”

Here’s all the video:

“The officer that was involved is a six-year officer, Officer Kyle Endres,” said Providence Public Safety Commissioner Steven Paré. “He’s on administrative duty which means he’ll be coming to work but be on a desk assignment until we complete the entire investigation.”

As for the initial process of reconstructing the scene, Commissioner Paré predicts “it will take at least two weeks for them to complete their review and it will probably take us months, as we send evidence out to the lab for analysis. We are trying to get all the information and everything that happened leading up to and including the point of contact and how this young man suffered the injuries that he did.”

Asked if the investigation will look at the actions taken by the police after the “point of contact,” Paré answered, “Yes.”

Providence Police Chief Hugh Clements gave a breakdown of what the police believe to have happened. he explained that at about 3:34pm the calls started coming in about the large group, up to 300, of ATVs, dirt bikes, motorbikes, mopeds and scooters. By the end there were about 25 complaint calls logged. The vehicles came in and out of the city, traveling through Providence, Johnston, Cranston, Scituate, East Providence and Pawtucket. They were on I-95 and Route 6.

Policing these vehicles, said Chief Clements, “is a significant challenge with no magic solution.”

“These vehicles are operated in “completely unsafe manner,” said Chief Clements. “Reckless. Left of center. Maneuvering into oncoming traffic. No regard for other’s safety, including going through traffic controls, red lights [and] stop signs – and those dangers really are a challenge for us.” Chief Clement said that this “was the largest group, in our recollection, over the past several summers. Through social media they can group up many bikes. Many of them are from out of the city, many are from out of the state.”

Over a dozen Providence Police vehicles were involved with tracking the riders. “There were zero [police vehicles] in pursuit,” said Commissioner Paré. “If you see video, you see them more escorting than pursuing.”

“What we do is monitor these events and try to follow them from a safe distance,” said Chief Clements. “Police try to escort them off main thoroughfares and hopefully out of the city. And that’s what was occurring yesterday until 5:50, just before 6pm…

“That moped took an abrupt right hand turn, up towards the sidewalk… mounting the curb, losing control and it appears, came into a collision with a house. That’s what we have. All the rest… is under investigation.

“That type of bike, technically, is operational on a highway, but that specific bike is not,” added Chief Clements. “It was 50cc, it was not registered and there were no plates on the vehicle. The operator did have a helmet on.”

Commissioner Paré took a moment to talk about the Providence Police policy on pursuits. “We’re a densely populated city and it’s really dangerous to conduct pursuits,” said the Commissioner. “Our policy allows pursuits under real strict conditions, and first and foremost is the safety of not only our officers but of innocent people and those people that are trying to escape capture. We really frown upon pursuits in this city for the right reasons. But you are allowed to pursue someone, at high speeds, but you have to meet various conditions. The policy is five to eight pages long, it’s a bit complicated… We can chase, but when you chase a motorcycle or ATV… like we’ve seen, in packs, it becomes real dangerous for everyone.”

Clements returned to the microphone and surprised many in attendance when he said that it was not certain that the police cruiser struck the moped:

A major component of what we’re looking for in the investigation will be “if the police car hit the moped,” said Chief Clements. “We are not sure of many of the facts, including that.”

Mayor Elorza dismissed the idea that race plays into the way ATVs and dirt bikes are policed in Providence. “We get calls from all parts of the city and we get them all too frequently about these ATVs and dirt bikes driving around,” said Mayor Elorza. “A lot of times they do it recklessly, they do it dangerously, and the police have to respond. I can’t think of a single situation where folks call and they describe to us [a] certain person that looks a certain way is on a dirt bike. It’s always about the dirt bikes.”

After peaceful Justice for Jhamal rally, protesters clash with police in Providence

PERA calls for an independent review of police-moped impact

"These real connections between Palestine and Providence are the reason why we’re joining with other Rhode Islanders to put together...

Rebuild Woonsocket is a new effort to reshape city politics

“This project represents the coming-together of many different leaders and groups who’ve been pushing for transformative justice in Woonsocket,” explained...

Rep Corvese seeks to criminalize protest – again! (And this time it might pass)

Here's the deal - At the House Judiciary hearing tonight Corvese is going to say a lot of high sounding...

"The reality is, legalized or not, sex work continues to exist in Rhode Island and without regulation and research, people...

“We were able to pass this bill because of the years and years of hard work of so many Rhode...