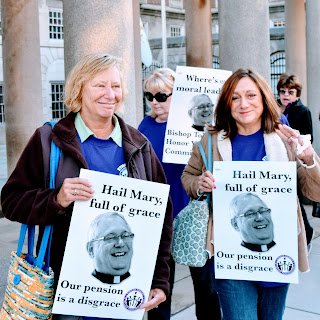 Around 50 active and retired St Joseph Health Services of Rhode Island pension plan participants picketed outside Providence Superior Court Friday morning. The St Joseph Health Services defined-benefit pension was placed in temporary receivership in August after it was learned that the fund was headed towards insolvency. After picketing for about half an hour the pension plan participants entered the courthouse. The proceedings, under Judge Brian Stern, are still in the information gathering stage so no major announcements on the pension plan are expected.

Still, the nurses and other hospital workers who have been promised a pension upon retirement feel it is important to show up and advocate for themselves. They need to keep the pressure on.

Rita Battey, a St Joseph Hospital office worker, was not eligible to be a part of UNAP (United Nurses & Allied Professionals) the union that represents around 300 of the 2700 workers affected by the pension insolvency. Dabbing her eyes with tissues, she expressed her appreciation to Jack Callaci, UNAP Director of Collective Bargaining and Organizing, for representing her as well as the union members.

“I just want to say how much I appreciate you doing this,” said Battey. “My son lives in New Hampshire and he says ‘Mom, don’t worry about it, you can live here with us.’ But I don’t want that. I worked for my pension.

“It means so much that you’re advocating for everyone, not just union members,” said Battey.

Many of the 2700 facing the loss of or deep cuts to their pensions will fall into poverty.

Our Lady of Fatima Hospital and the former St Joseph Hospital were sold by the Roman Catholic Diocese of Providence to the California-based for-profit corporation, Prospect Medical Holdings, three years ago. Since that time, a three-member board of directors at St Joseph Health Services of Rhode Island has been responsible for all investment and management decisions regarding the pension fund. One of the three board members is Rev. Timothy Reilly, chancellor of the Roman Catholic Diocese of Providence, who was Bishop Thomas Tobin‘s hand-picked appointee.

Bishop Tobin has denied a “moral responsibility” to the pensioners on the part of himself or the Roman Catholic Church. 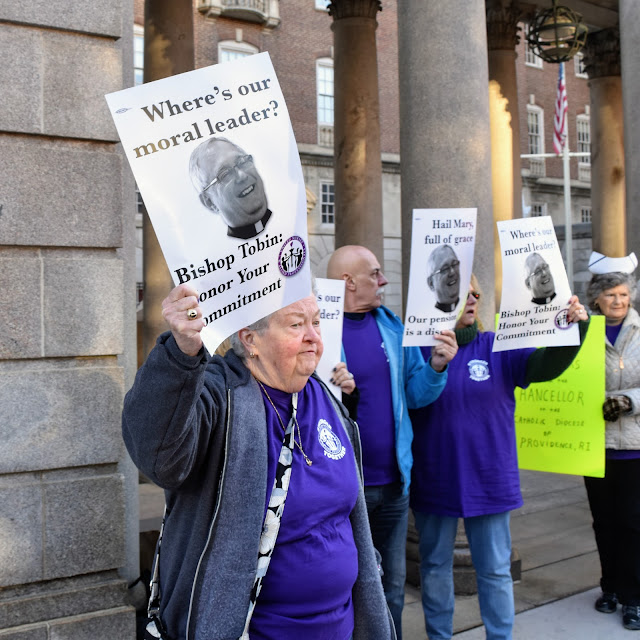 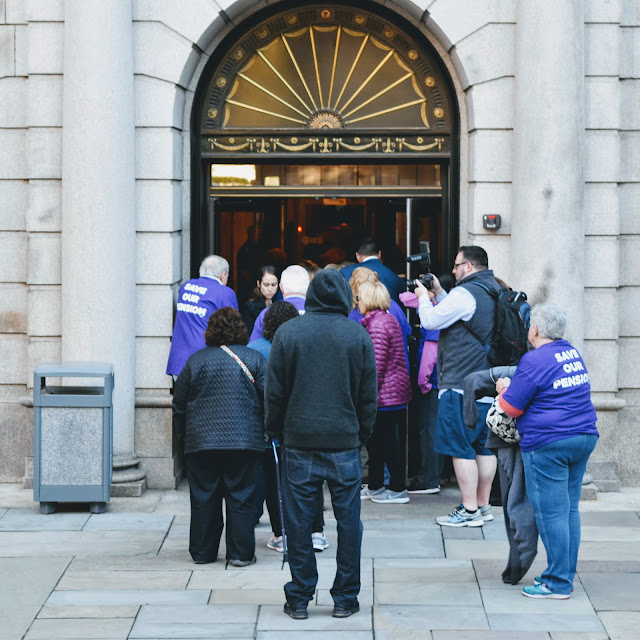 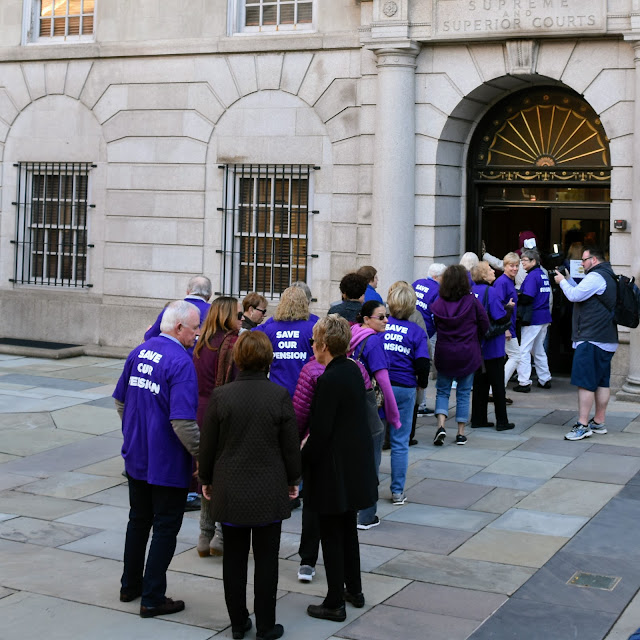 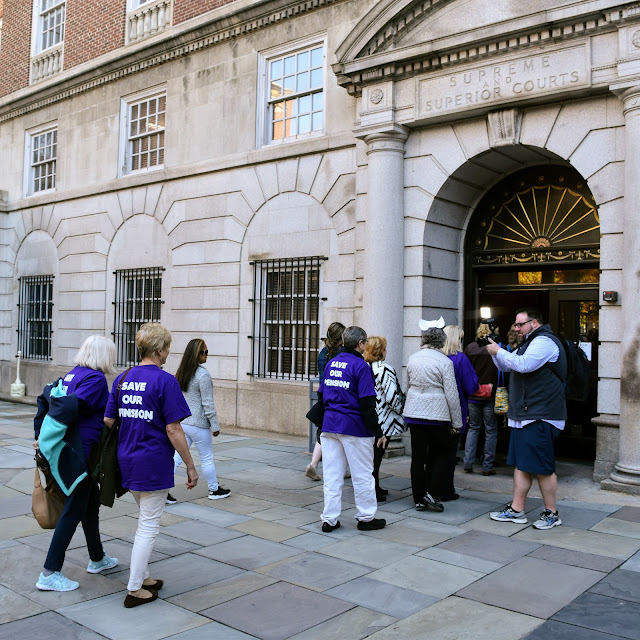 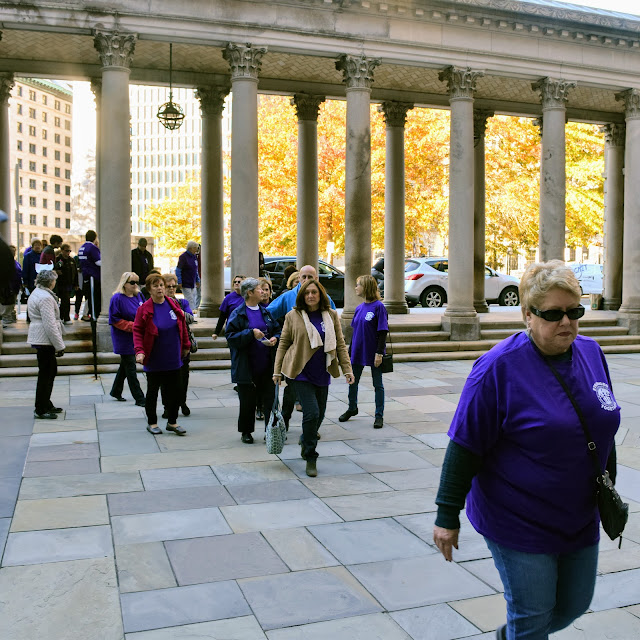 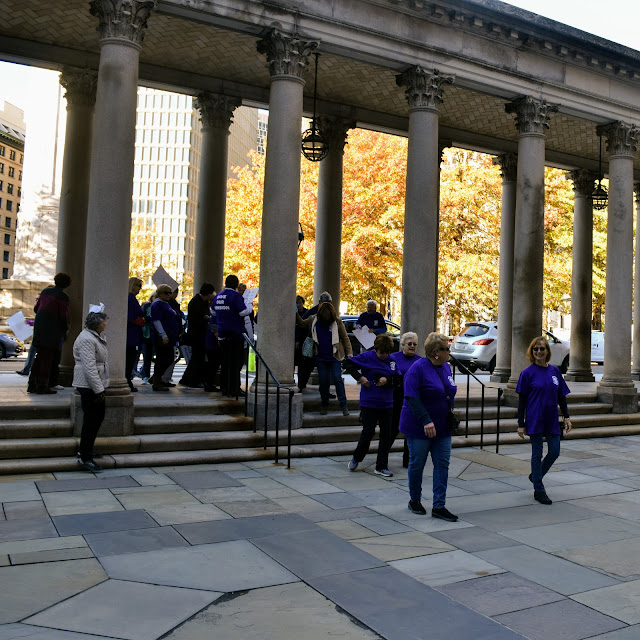 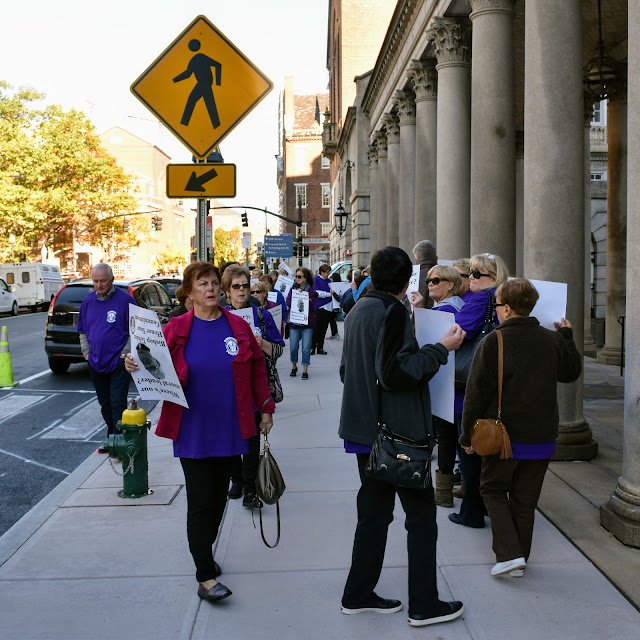 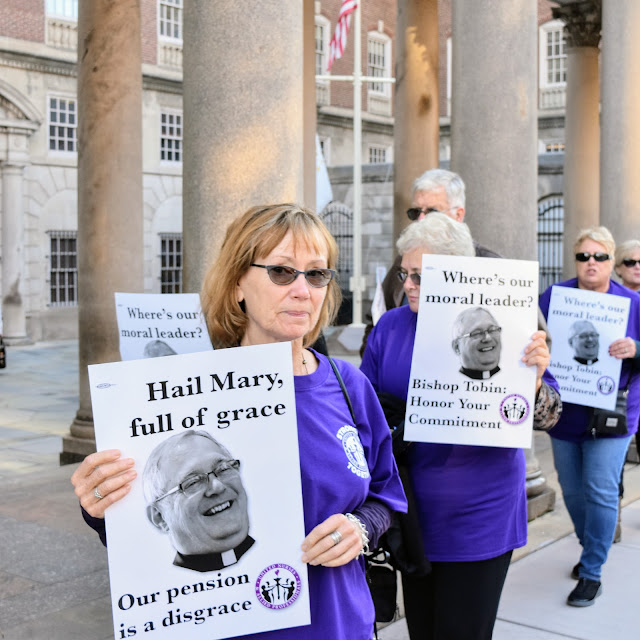 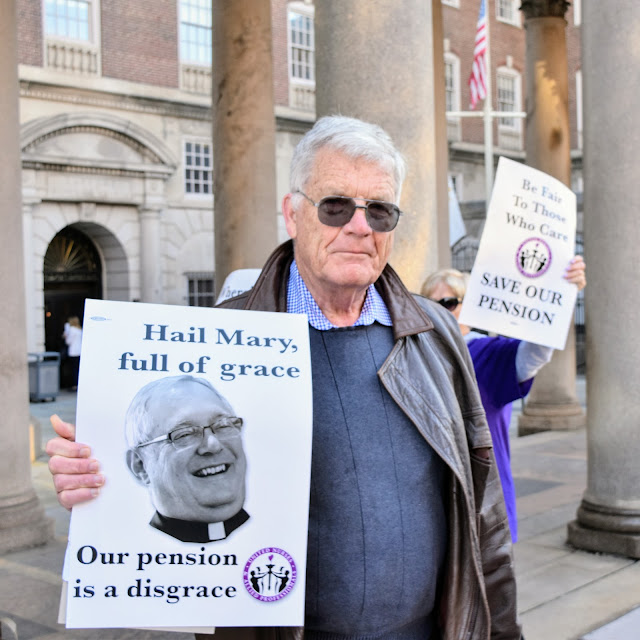 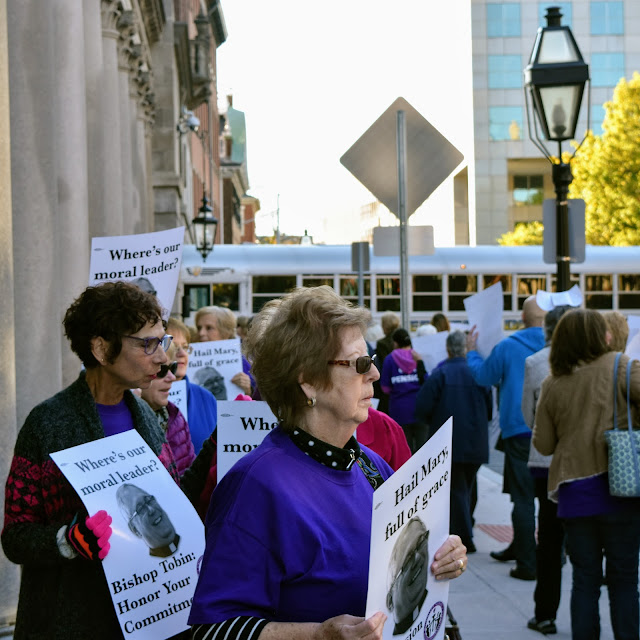 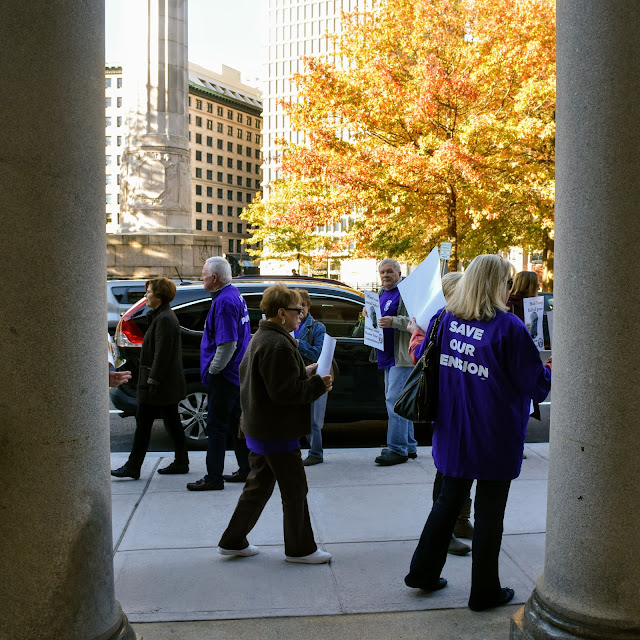 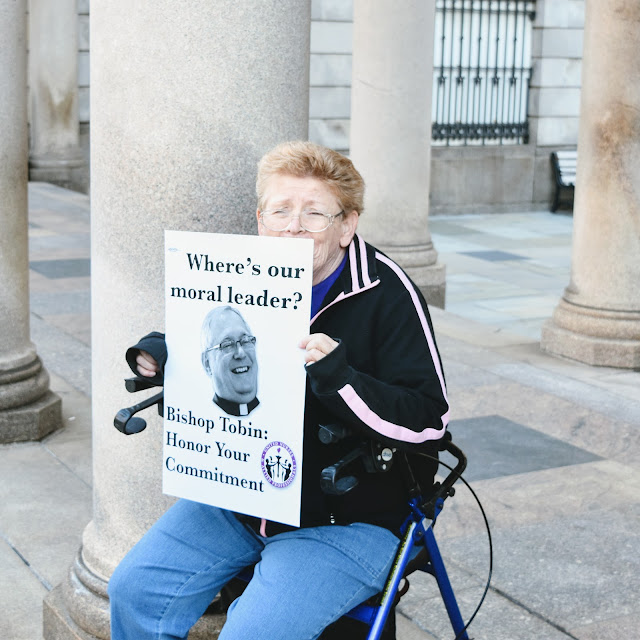 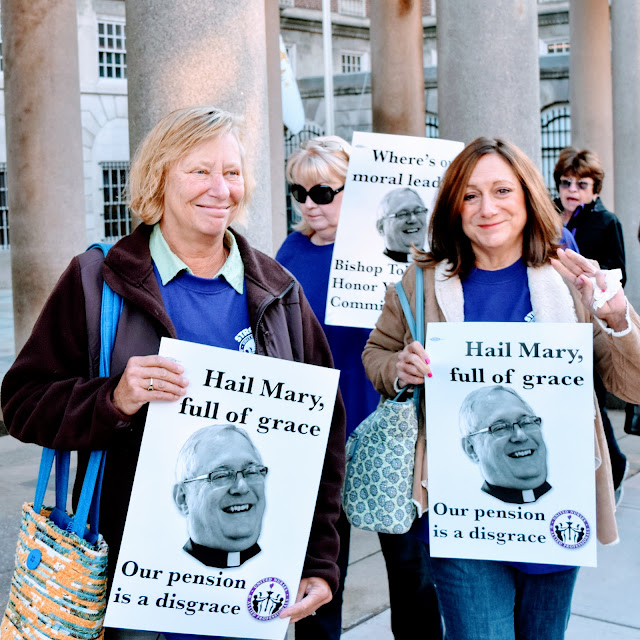 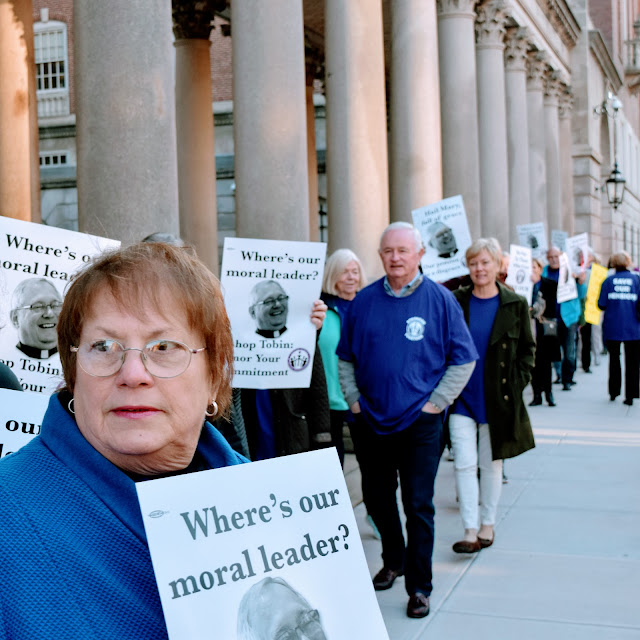 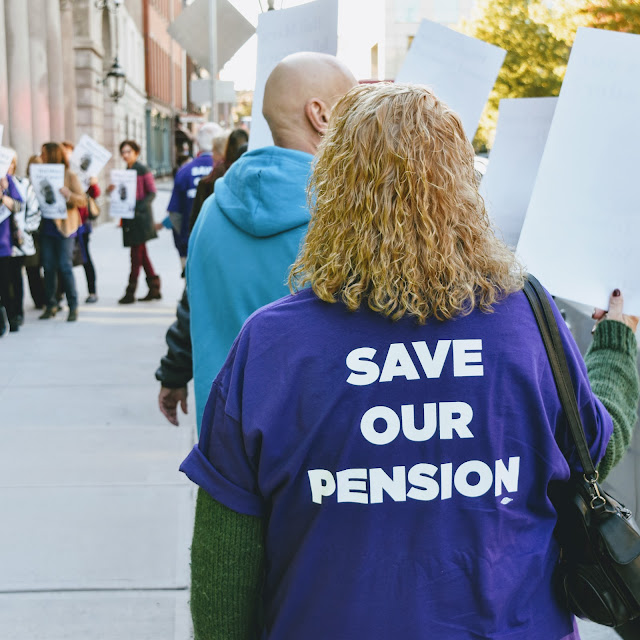 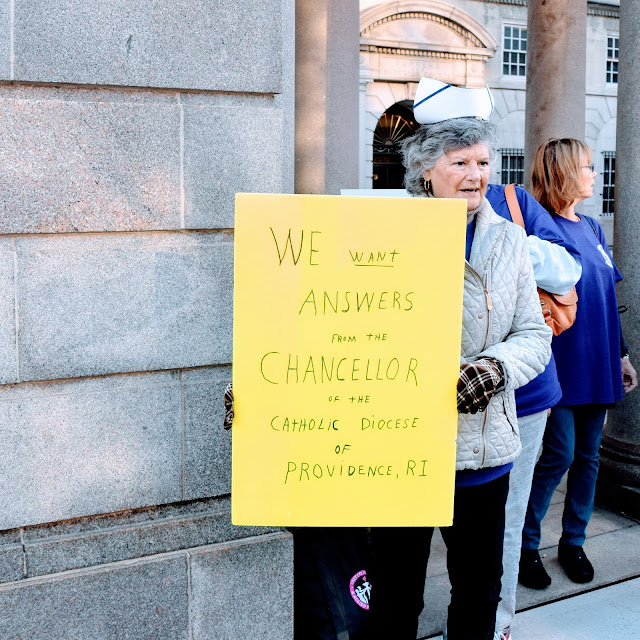 House Labor bows to Senate, hears minimum wage bill with no path to $15

Bishop Tobin has proven himself to be the opposite of a Moral Leader, so it's no big surprise that he feels no moral responsibility. Why should this issue be any different from the many others where Tobin has taken the lowest possible road that leads straight to damnation in his church. The MOST important aspect of the new testament of the bible is the missive of welcome to strangers and care for the most vulnerable among us. Shame on you, Bishop Tobin!

A forum for the Ward One Special election candidates with an...