“Rhode Island must act now and incorporate a line item in the state’s budget to prioritize housing for its residents. The data continuously shows the negative impacts housing instability and homelessness can have on development and overall well-being, and Rhode Islanders need action.” The 2020 Housing Fact Book released today by HousingWorks RI (HWRI) at Roger Williams University reveals that 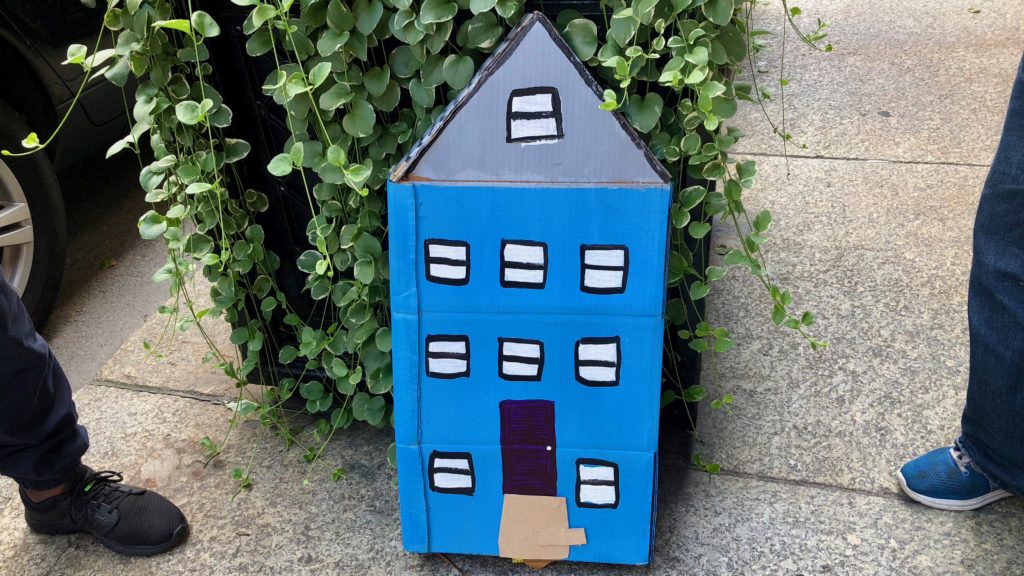 Published on October 16, 2020
By HousingWorks RI

“Rhode Island must act now and incorporate a line item in the state’s budget to prioritize housing for its residents. The data continuously shows the negative impacts housing instability and homelessness can have on development and overall well-being, and Rhode Islanders need action.”

The 2020 Housing Fact Book released today by HousingWorks RI (HWRI) at Roger Williams University reveals that housing affordability continues to elude many Rhode Islanders with cost burden remaining high, particularly across the lowest income brackets. While the lowest income groups for those with mortgages had cost burden rates that were up only one percent over last year, the rate of renters’ cost burdens and severe cost burdens increased significantly across nearly all incomes with 81 percent of lowest income renters cost burdened, and 60 percent, representing more than 16,000 households, paying more than 50 percent of their income for housing costs.

In 2019, Rhode Island households earning $50,000 or less could affordably rent in only three municipalities – Burrillville, Smithfield, and Woonsocket – and households earning the median renter income of $34,255 could not affordably rent the average 2-bedroom apartment in any Rhode Island city or town. Affordability is similarly a challenge for owners, with only one municipality – Central Falls – where the median household income of $63,296 could affordably buy a single family home. Higher income levels have also been affected, with home buyers with incomes of $70,000 being reduced to three municipalities where they are likely to find a home they can afford—a decrease from four municipalities in 2018.

“Year after year, the Housing Fact Book continues to show us housing that is affordable remains out of reach for many Rhode Islanders with the rate of housing cost burden persisting,” said Stephen Antoni, HousingWorks RI Advisory Board Chair and Former State President of the Rhode Island Association of Realtors. “The inclusion of race and ethnicity indicators in this year’s Housing Fact Book takes this a step further and provides a look into Rhode Island’s Black and Latino populations as they relate to home ownership, which the data shows as falling far below the national averages. As Rhode Island strives to become an inclusive state, we must have state investment in housing, establish and practice good policy, and produce and preserve an affordable housing supply that will provide opportunity for all Rhode Islanders.”

“During these unprecedented times, where it has never been more clear that having a safe, healthy, and affordable place to call home is critical to the safety and well-being of Rhode Island residents, an increased investment in housing development is imperative,” said Brenda Clement, Director of HousingWorks RI. “With the state’s per capita investment – at $20.45 in 2019 – the lowest per capita state investment in New England by half, and with only 187 long-term affordable homes produced in 2019, Rhode Island must act now and incorporate a line item in the state’s budget to prioritize housing for its residents. The data continuously shows the negative impacts housing instability and homelessness can have on development and overall well-being, and Rhode Islanders need action.”

This year’s Housing Fact Book expands on Housing’s Intersections with Health, Education, and the Economy, analyzing indicators through the lens of Social Determinants of Health such as age of housing stock, lead exposure and air quality, weatherization, and overcrowding. The data shows that nearly three quarters – 302,501 units – of Rhode Island’s housing stock was built prior to 1979. Only six percent – 17,964 units – of that is certified Lead Safe. “Lead Safe” refers to all housing units that hold one of four lead certificates, certified through a Rhode Island Department of Health or Housing Resources Commission inspection and mitigation process.

HousingWorks RI released the 2020 Housing Fact Book virtually with a two-part program including a morning session and keynote speaker. During the morning program, attendees gathered to listen to a presentation of this year’s key findings by Annette Bourne, HousingWorks RI’s Research and Policy Director, followed by a reactionary panel of local housing and community development experts. During the keynote’s presentation, community partners, industry leaders and elected officials were on hand to hear Diane Yentel, President and Chief Executive Officer at the National Low Income Housing Coalition, speak about the state of the nation’s housing and the implications of COVID-19 on the future of housing.