“With eight areas of focus and over fifty proposals, many further subdivided, the Governor’s overall plan for spending $1.2 billion of ARPA SFRF between FY2022 and FY2026 risks spreading the federal aid too thinly to spark transformative change and meet our greatest challenges.”

As Rhode Island lawmakers are engaged in final negotiations over the FY2023 state budget, the Economic Progress Institute (EPI) has published a report outlining how Rhode Island can shift expenditures of some American Rescue Program Act (ARPA) State Fiscal Recovery Funds (SFRF) as proposed in the Governor’s recommended budget to items that both embrace transformation and center equity.

“We stand at a crossroads,” said Weayonnoh Nelson-Davies, executive director for the EPI. “With eight areas of focus and over fifty proposals, many further subdivided, the Governor’s overall plan for spending $1.2 billion of ARPA SFRF between FY2022 and FY2026 risks spreading the federal aid too thinly to spark transformative change and meet our greatest challenges.”

EPI has identified close to $300 million in spending on projects not focused on equity and/or transformation among the Governor’s budget proposals, including some that can be funded through other sources. The report outlines four areas in which new or enhanced investments should be made, many in line with the recommendations made in the Rhode Island Foundation’s October 2021 Make It Happen: Investing for Rhode Island’s Future report.

“The Economic Progress Institute and the Rhode Island Public Expenditure Council played an integral part in developing the equity-centered recommendations in the Make It Happen: Investing for Rhode Island’s Future report, issued by the Foundation late last year,” said Neil Steinberg, president and CEO of the Rhode Island Foundation. “We stand by those recommendations and emphasize the need to invest in transformative efforts – rather than spreading funding too thin.”

The EPI report proposes increasing expenditures on Behavioral Health to at least $130 million, from $42.4 million proposed in the budget, to pay for growing and diversifying the workforce, investing in preventive services, and upgrading community facilities. The report recommends also increasing expenditures on Affordable Housing to accelerate the pace of housing development and expand access to permanent supportive housing. To target assistance to lower-income workers, many of whom are people of color, the report recommends funding for ‘workforce housing’ for workers with lower-paying jobs and increasing down-payment assistance for first-time home buyers living in qualified census tracts.

The report proposes two new areas of investment: Adult Education ($11M) to expand access to foundational-skills programs that prepare Rhode Islanders for jobs in ‘in-demand’ industries including healthcare and hospitality, and Neighborhood Trusts ($50 million) to support local decision-making, allowing people who know the most about the needs of their own neighborhoods to allocate project funds.

The report can be found here. 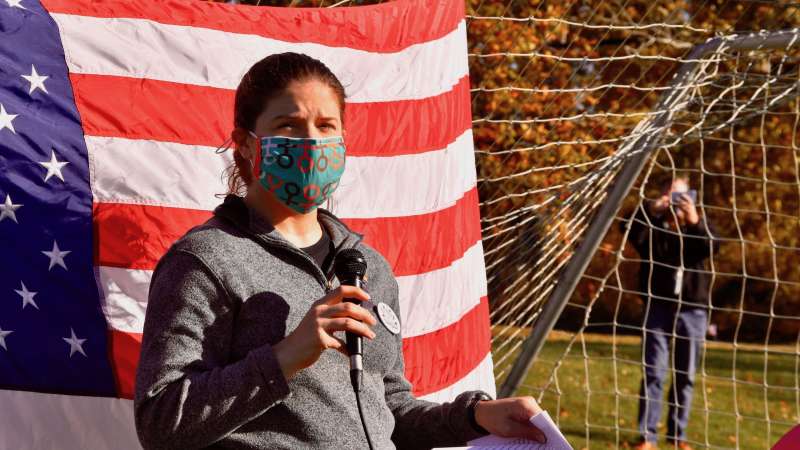 Jenna Magnuski: We are tireless too…