I was vaccinated and got Delta. What you should know…

After avoiding COVID-19 infection for the better part of a year and a half, I recently got infected with the Delta variant on a trip to Ohio, despite having gotten the J&J vaccine in April. Our family visited a popular amusement park, where 95% of our activities were outside. We never shared an elevator and cannot recall interacting with anyone

Published on August 26, 2021
By Greg Brailsford

After avoiding COVID-19 infection for the better part of a year and a half, I recently got infected with the Delta variant on a trip to Ohio, despite having gotten the J&J vaccine in April. Our family visited a popular amusement park, where 95% of our activities were outside. We never shared an elevator and cannot recall interacting with anyone inside of 6 feet while indoors for any length of time. So, believe the experts when they say that the Delta variant is insanely contagious. The bottom line is my kids and I both caught it during the trip, and brought it back to RI unbeknownst to us.

We returned back from the trip on a Saturday. After an exhausting trip and a long drive, we stayed in for a few days and did not go anywhere. I felt fine on Sunday, Monday, and all day Tuesday. On Tuesday night before I went to bed I had a strange chill come over me, but nothing else. At 4am the next morning, I awoke with congestion and a headache. I checked my temperature and it was 99.6° – a definite fever for me. I was sure I had COVID-19 – what else could it be? My wife was not as sure yet (because she had no symptoms and we had been in the same places) and my kids had no symptoms. Nonetheless I planned to schedule a COVID test for that morning.

Scheduling a test in RI is more of an adventure than it needs to be. We have all heard that CVS and Walgreens are doing testing. Except, they aren’t. Visiting the CVS COVID test scheduling website proved fruitless, as there were no appoints available at any CVS within a 25 mile radius going two weeks out. In other words, it seemed like they stopped doing testing. I got similar results for Walgreens. I asked my wife, who is a healthcare worker, the best way to get a test. She recommended I contact my town’s EMS because she knew they had been doing testing. I called and received an automated message that the Cumberland EMS was no longer doing testing to “focus” on vaccination. OK. Next, I Googled “COVID testing in RI” and got the State COVID portal. It seemed easy enough to schedule a test but I ran into problems when I tried to add my kids to the list of us getting testing and it wouldn’t proceed further. Unfortunately, the stereotype of our state not having a clue when it comes to technology rang true here. Since I know it had registered me, I took the kids anyway and went to the local testing site in Central Falls. The site was well run, and I was taken right at my appointment time. About 5 other people waited outside to be called for their appointment. We went in, and they had no problem registering my kids. The testing person swabbed my kid’s noses for them. Then gave me the swab to do my own. I shoved it as far up there as I could without stabbing myself in the brain. The man said to hang out in our car and come back in 15 minutes for the results. We did and were called in by ticket number at that time. As he was entering information into the system, I asked him if they mailed out the rapid if it’s negative to be sure. He replied, “No need to worry about that my friend. I got bad news – all three of you are positive.”

I was very upset to find out, even though I knew that morning, because I had a gathering of people at my house the prior day and we were inside. However, I had only been in close proximity to one of my friends, conversing at length. I immediately notified everyone about my diagnosis and told that friend I was concerned he may get it and to be on alert.

The first day I experienced hybrid cold/flu symptoms. Headache was probably the worst physical symptom though it was not debilitating. I did not have a cough, but had congestion, and my fever hit 100.4° at its peak. I experienced enough brain fog that I was unable to do anything mentally – even reading was difficult. I drank a lot of water, took Tylenol at my wife’s recommendation (medical experts recommend Tylenol instead of Advil for COVID symptoms), and it was incredibly effective, essentially eliminating 90% of my symptoms. I felt fatigued and that continued for another day. Sleeping proved difficult and I awoke every few hours with those weird random thoughts fevers can bring on. My 10 year old daughter experienced a minor sore throat and congestion, but her symptoms were short-lived. By day 3, she was fully recovered. I was also improving. I started to cough once in a while but physically felt better. I no longer needed to take Tylenol and I was able to read, though I felt “slow” trying to do any other mental tasks. My 6 year old son never experienced any symptoms.

On day 4 I had improved enough to be sure this was not going to get worse and I was recovering. My cold/flu symptoms were there but were slowly improving. Even the minor headache had gone away. But this is when I began experiencing the worst symptom of all: loss of smell. You do not actually lose your sense of taste with COVID-19. You can distinguish if a food is salty, sweet, sour, etc. But without your sense of smell, you cannot detect flavor. And it is awful. Conservative commenters and anti-vaxxers on social media have made COVID-19 out to be a nothingburger because the death rate and overall chance of being hospitalized are low. Trust me when I tell you that losing your sense of smell is absolutely depressing – you do not appreciate it until it’s gone. Not being able to taste food is a major setback and you will hate it. Hate it. Food I once found enjoyable tasted like nothing. Soda. Pasta. Cereal. All blah.

By day 5 most of my symptoms were gone but my lack of smell remained. I wanted to go for a run around the block but felt I wasn’t quite there yet and didn’t want to be in a position where I passed out down the street. I gave it another day. By that time, that one friend I had been close to before I realized I had COVID became symptomatic and tested positive four days after he first noticed symptoms. He also had gotten the Johnson & Johnson vaccine around the time I did. Nobody else in the room on that night ended up infected, with most of them receiving the Pfizer and Moderna vaccines (two were not vaccinated but wore masks the whole night). My wife, who received the Pfizer vaccine way back in January never became infected, despite very close contact during the high-contagion period before symptoms show up.

The CDC has cited a study that in people with mild to moderate symptoms, it showed virtually no shedding of replication-capable COVID-19 virus with close contacts 6 days and later after symptoms appeared. That, combined with my wife having gotten the apparently higher-performing Pfizer vaccine was enough reason for us to loosen distancing among ourselves. It can be mentally draining having to avoid or mask up around your spouse in your own house, and all factors considered we felt it was safe to end it at 7 days. We still stayed home during the full 10-day quarantine period, and now that we are much past that, no further infection occurred. The Pfizer vaccine held up.

While this is just one anecdote, it sure seems that the J&J vaccine is allowing breakthroughs, while the other vaccines seem to prevent symptomatic infection better. Ultimately the J&J vaccine did the job of helping me avoid the worse symptoms, and my smell recovered rather quickly. I cannot imagine what it would have been like with no vaccine at all, and glad I never will know. While my children were not vaccinated, they seemingly breezed through it without issue – and I’m quite relieved on that note. The moral of this story is that even with a vaccine, your chances of infection are not zero, and even the symptoms people brush off can be hard to deal with. Be smart, use common sense, and listen to the advice of actual doctors, not talking heads on television. 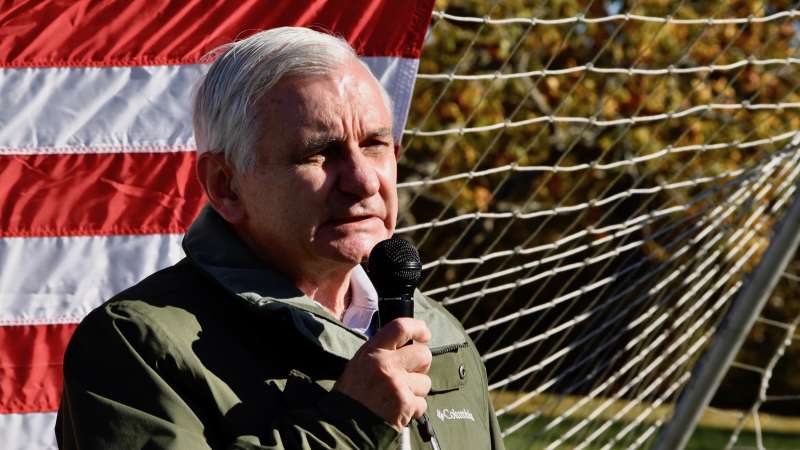