“Health disparities have never been more apparent than in the past year, given the dual health and economic crises caused by COVID-19,” said Kelly Nevins, CEO of the The Women’s Fund of Rhode Island. “Those struggling to make ends meet already face barriers to accessing care. We must work to ensure that access to health care does not depend on who you are, where you live, or how much money you make.”

Published on December 1, 2021
By Rhode Island Coalition for Reproductive Freedom

“It isn’t enough to have the right to abortion in RI; if one cannot afford reproductive health care, the right isn’t realized,” said Nicole Jellinek, Chair of the Rhode Island Coalition for Reproductive Freedom. “We need to ensure that Rhode Islanders have access, which necessitates legislative action. The Equality in Abortion Coverage Act will make it possible for the 1 in 3 Rhode Islanders who have medical coverage through Medicaid or the State employee program to use their health insurance to access abortion.”

Today, the United States Supreme Court will hear arguments in Dobbs v Jackson Women’s Health Organization, a challenge to a Mississippi law that bans abortion at 15 weeks of pregnancy. This case has the potential to unravel the right to abortion guaranteed in Roe v Wade – in fact, that’s exactly what politicians in Mississippi set out to do. If the court allows the Mississippi ban to stand, it will erase nearly 50 years of precedent and put abortion access at risk for at least 36 million people across the country.

“Politicians across the country have introduced more than 600 abortion restrictions this year – making 2021 the worst year on record for reproductive rights since the decision in Roe v Wade nearly 50 years ago,” said Gretchen Raffa, Senior Director of Public Policy, Advocacy, and Organizing, Planned Parenthood Votes! Rhode Island. “We can’t be complacent while abortion access hangs by a thread. We call on our champions to fight for equity, justice, and reproductive freedom by passing the Equality in Abortion Coverage Act to end Rhode Island’s abortion bans and expand access to essential abortion care.”

As the constitutional right to abortion is once again threatened, elected officials must commit to ending all bans on abortion care, including here in Rhode Island. Right now, while Rhode Island has codified the protections of Roe v. Wade into law, other state laws prohibit nearly 1 in 3 Rhode Islanders — people enrolled in Medicaid and state employees — from using their health insurance to cover abortion. We know that cost is an incredible barrier to care, leaving abortion out of reach for far too many Rhode Island residents.

“Health disparities have never been more apparent than in the past year, given the dual health and economic crises caused by COVID-19,” said Kelly Nevins, CEO of the The Women’s Fund of Rhode Island. “Those struggling to make ends meet already face barriers to accessing care. We must work to ensure that access to health care does not depend on who you are, where you live, or how much money you make.”

This is an issue of equity, fairness, and justice. Like all abortion bans and restrictions, Rhode Island’s laws disproportionately impact Black and Latino/a/x people, people with low incomes, and anyone shut out of the health care system. We must act now and pass the Equality in Abortion Coverage Act (EACA) to eliminate Rhode Island abortion bans and add abortion coverage to our state’s Medicaid program.

“The General Assembly’s passage of the Reproductive Privacy Act in 2019 was an essential first step in preserving the right to an abortion in Rhode Island,” said Steven Brown, Executive Director of the ACLU of Rhode Island. “However, without passage of the Equality in Abortion Coverage Act, access to this right will remain distressingly elusive for too many residents. We are hopeful that the state’s commitment to equity will prompt enactment of the EACA in the upcoming session.”

Access to safe, legal abortion in America hangs in the balance. By passing the Reproductive Privacy Act in 2019, Rhode Island affirmed the right to abortion — but the right alone is meaningless to those without affordable access to abortion care. We must continue to fight to protect reproductive rights and ensure equitable abortion access in Rhode Island.

The Rhode Island Coalition for Reproductive Freedom (RICRF) protects and advances access to reproductive health care through advocacy and legislative action. We are a coalition of organizations working together to share resources, build strategies, and coordinate efforts to connect reproductive freedom with social and economic justice. www.ricrf.org 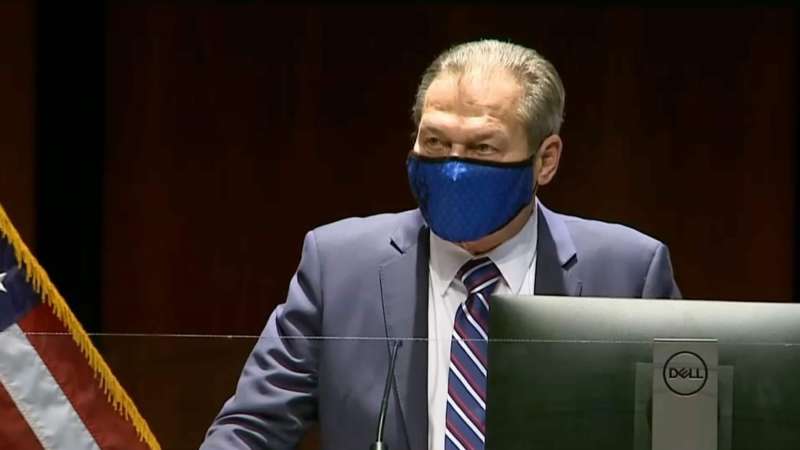 Nothing in S2994 will control skyrocketing healthcare costs because it allows OHIC [Office of the Health Insurance Commissioner] and EOHHS [Executive Office of Health and Human Services] to continue to...