At the Post Office Day of Action in Providence

HousingWorks RI issues report on the benefits of housing bonds 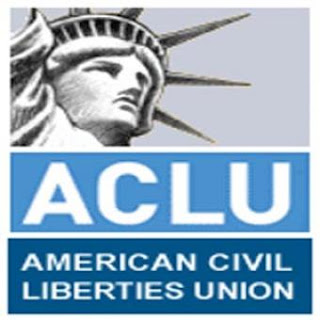 The ACLU of Rhode Island issued the following statement in response to the State’s acknowledgement today about thousands of unprocessed applications submitted through the UHIP program:

“In February of this year, a court order was entered to address a lawsuit that the ACLU and the National Center for Law and Economic Justice had filed to address the disaster known as UHIP. Earlier this month, we went back into court because the Department of Human Services was not only failing to meet the court-ordered benchmarks that had been entered in February for providing timely SNAP assistance, the agency is even unable to provide an accurate report on its level of compliance with those benchmarks.

“This latest revelation — that thousands of benefit applications may not have been processed due to system errors — only highlights what has become an indisputable fact: whoever is to blame, the state is simply incapable of resolving this problem on its own. It is intolerable that, more than a year after UHIP was implemented, families are still going hungry because the state is failing to comply with federal law and a court order designed to help the neediest residents of our state get food on the table. It is just as intolerable that this dire information is buried in a news release touting the state’s receipt of money from Deloitte for this ongoing fiasco.

“The plaintiffs have asked the federal court to intercede, to make sure the State fully complies with the court-approved settlement in this litigation. Plaintiffs are hopeful that the court’s oversight will compel the State to finally take full responsibility to correct the ongoing UHIP dysfunction and assure that low-income Rhode Islanders receive their food stamp benefits on time, in order to put food on the table for their families.”

The ACLU was reacting to this press release from the State of Rhode Island:

After Deloitte disclosed to state leaders the latest system error in its RI Bridges software system, Governor Gina M Raimondo secured an agreement in principle from the vendor’s CEO to credit the State nearly $60 million and cover any fines from the Food and Nutrition Services (FNS) related to the vendor’s flawed rollout of RI Bridges. This credit is in addition to the $27 million credit the State secured earlier this year.

This latest concession from Deloitte follows a disclosure made to the State by Deloitte of a new system error in its RI Bridges software system which has resulted in the discovery of thousands unprocessed applications. Deloitte is still working to determine the full extent of the issue, and Deloitte has pledged to do everything necessary to ensure that all newly discovered applications are processed by the State before the end of the year.

“We’re not going to tolerate these ongoing system issues or Deloitte’s poor performance. They owe us a system that works, and we’re not going to pay until we get it,” said Governor Raimondo. “We’ve been able to recover over $85 million from Deloitte, and they’ve committed to ensure that taxpayers don’t have to pay potential federal fines because Deloitte’s system hasn’t worked. I’ll continue to hold them accountable and will not take the option of future litigation off the table until they deliver.”

The $58.6 million credit will cover all maintenance and operations for FY18 and will cover the State’s costs for overtime and additional personnel and contractors who were hired after the Bridges system launched last year. With this credit, Deloitte has agreed in principle to a no-cost contract extension through the end of the State’s current fiscal year. By extending the contract, Deloitte has agreed to complete the work required to get the system to a steady state at no additional cost to Rhode Island taxpayers.

“Rhode Island taxpayers deserve the system they’ve paid for, and our customers deserve timely and reliable services from our agencies. We’ve made a lot of progress in the last six months, but this new disclosure from Deloitte is a serious setback,” said Health and Human Services Secretary Eric J Beane. “Deloitte has pledged to do whatever it takes to catch up by the end of the year. Thanks to Governor Raimondo’s direct engagement with Deloitte’s CEO, we have recovered more than $85 million to date and we have a commitment from Deloitte that they’ll cover the costs of any FNS fines and penalties.”

“The discovery of new unworked applications is incredibly frustrating as it represents thousands of vulnerable Rhode Islanders who are waiting for benefits,” said Department of Human Services Director Courtney Hawkins. “Deloitte must be accountable for the impact this system is having on people’s lives. DHS remains committed to doing everything in our power to get the system back on track and ensure that our residents feel like they can rely upon the Department when they need help.”