Republicans (and many Democrats, sadly) are saying that unemployment benefits are too good, and that people are not incentivized to go back to work. But the unemployment data doesn’t support this idea…

The General Assembly has approved legislation that seeks to put Rhode Islanders back to work while still allowing them to take advantage of federal unemployment benefits.

“Under this legislation, for example, someone with a $300 weekly benefit amount could earn up to $449 at work before losing their unemployment.

“The bill would also increase the amount people can earn before having their benefits reduced. Rhode Islanders would be able to earn up to half of their benefit amount before having any earnings subtracted from their unemployment benefits. Right now, the threshold is 20%, so someone with a $300 weekly benefit starts having their wages subtracted from it once they earn $60 a week. Under the bill, that person could up to $150 without having any impact on their benefits.

“The legislation will help businesses recover by incentivizing workers to return to work, to take additional shifts and work more hours, because they could still keep some of their unemployment benefit.“

The legislation was fast-tracked through the General Assembly by legislative leaders to help businesses hire workers in time for the summer season. The legislation is supported by Governor Daniel McKee, who is expected to sign it so that the changes can take effect May 23.

Is the hospitality industry suffering?

A few weeks ago Governor McKee announced that new business application were high, and almost half were in the restaurant and hospitality industry. That seems like a lot of new investment in a sector that is supposedly struggling.

Republicans (and many Democrats) are advancing the narrative that unemployment benefits are too good, and that people are not incentivized to go back to work. (Shades of President Reagan’s racist and classist “welfare queens” propaganda.) But the unemployment data doesn’t support this idea. Asked if generous unemployment benefits are keeping people from work, Schierholtz was unequivocal. “There is no compelling evidence that that’s what’s going on… job growth was disappointing in April [but] if you look at the sector that has seen the most stories about employers not being able to find workers, the leisure and hospitality sector or the restaurant sector, that was the sector that saw the highest growth.”

Economists identify tight job markets by looking for sectors with very large wage growth. But the wage increases being seen in the hospitality industry are simply wages returning, roughly, to their pre-Covid rates.

“In recent months, wages in leisure and hospitality have indeed accelerated at a rate that would suggest we’re seeing some real tightness in that sector, but it’s not widespread. We are not seeing wage growth accelerate across the board, we really are just seeing it in these isolated spots,” said Schierholtz. “The question then gets raised, like, ‘Does that mean wage levels in leisure and hospitality are now too high?’ The answer to that is absolutely not. Those wages really plummeted in the recession and they have just now regained their pre-Covid trends. Just now, they are roughly where they’d be if Covid had never happened.”

Schierholtz also pointed out that since Covid has made many restaurant and hospitality jobs harder and riskier, “what a well-functioning labor market would do to account for this is actually offer higher wages. When a job is riskier and harder, you would actually expect that the workers in that job would get higher wages than they otherwise would.” But of course, efforts to mandate “hazard pay” for front line workers mostly failed across the country, and employers across the country mostly failed to raise wages in any meaningful way for low-income workers.

Pandemic unemployment insurance benefits help workers to avoid going to work until wages rise commensurate with the greater risks the job entails, explained Schierholtz, “giving them a little bit of space to be able to wait until the wages are better, that is something economists would call efficiency-enhancing. It actually makes the labor market run better. It helps the labor market respond by seeing stronger wage growth that we should be seeing when the jobs are substantially harder and riskier than they were before Covid.”

Legislators sponsoring the legislation in Rhode Island to allow workers to claim a greater portion of partial unemployment have issued statements indicating that they responding to the false economic narrative above.

“Many businesses, especially in the service industries like hospitality, are now having trouble finding workers, even though our unemployment rate is still higher than usual. It’s a nationwide issue, but in places like Rhode Island where the hospitality and restaurant industries are a significant portion of our economy, it’s particularly concerning. We need those industries to be ready for a resurgence as people are vaccinated and go back to traveling this summer,” said Senator Goodwin. “We shouldn’t say no to federal dollars that can also stimulate our state’s economy and help the partially employed make ends meet, but we also should ensure that it’s more rewarding to work than stay on unemployment.”

“With the passage of this bill, we are signaling to all of our struggling small businesses and workers that help is on the way,” said Representative McEntee. “It will protect and support our small businesses while also allowing our workers to get back to their jobs without fear of losing the crucial benefits that have kept themselves and their families afloat during the pandemic. Rhode Island will become a national leader with a funded solution to a country-wide problem that so many are trying to solve, but more importantly, this bill will allow our small businesses and their workers to financially recover from the devastating year we have all experienced thanks to the pandemic.”

Despite being enacted for the wrong reasons, the legislation is still a “big upgrade to Rhode Island’s unemployment insurance system and represents a sensible approach to supporting economic recovery,” writes Andy Boardman, who advances two reasons in favor the legislation that have nothing to do with the false narrative that the hospitality industry is somehow suffering more than other sectors.

It “would allow more workers to claim the federal $300 supplement, reducing the number of workers who face the perversity of losing out on income by working more” and the program will “come at no cost to state coffers – in fact, it would boost revenue collections,” writes Boardman.

As a state, we are lucky that bad economic analysis has this time resulted in a good outcome. Most often we are not so lucky, as when the General Assembly slashed taxes on the rich or impeded a robust increase in the minimum wage. We need to move beyond taking advice from business leaders, who have their own agendas of maximizing profits and shareholder value, and do the hard work of a deeper dive to enact policy that benefits all Rhode Islanders, not just the one percent. 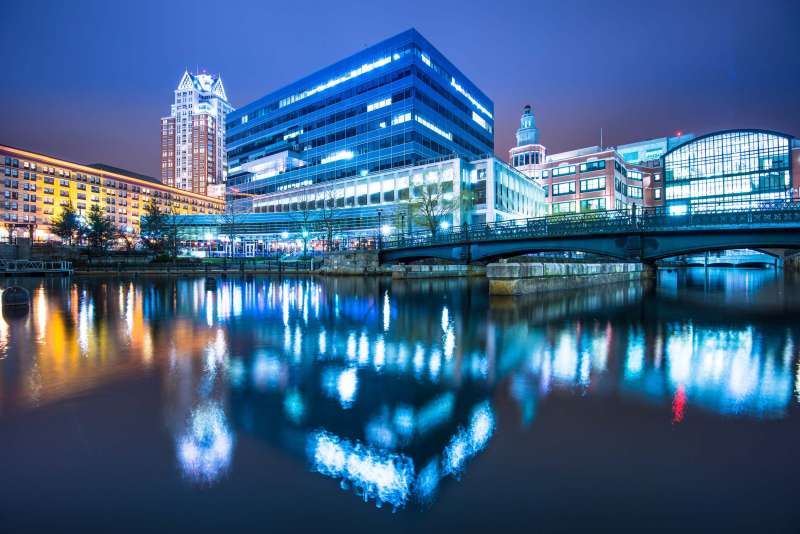