The rain was unrelenting. 250+ people organized under the coalition Ocean State Against Hate prevented thirty people from Resist Marxism from holding their “Providence Freedom Rally” on the south steps of the Rhode Island State House by blocking access with their bodies. Undeterred, Resist Marxism’s organizers decided to hold their rally near where they were stopped, just off the State

Published on August 4, 2018
By Steve Ahlquist

The rain was unrelenting.

250+ people organized under the coalition Ocean State Against Hate prevented thirty people from Resist Marxism from holding their “Providence Freedom Rally” on the south steps of the Rhode Island State House by blocking access with their bodies. Undeterred, Resist Marxism’s organizers decided to hold their rally near where they were stopped, just off the State House lawn on the bricks that lead to the steps.

Surrounded by officers from the Providence Police Department and the Rhode Island State Police, Resist Marxism organizers turned on their amplifiers and tried to speak over the non-stop noise of drums, horns and chants. Both sides were so loud that the rally’s amplifiers began to feedback. Then one of Resist Marxism’s two tents was pulled down, along with one of their amplifiers. As chaos briefly reigned, the other tent was similarly ripped away, exposing the electronic amplifiers and microphones to the heavy rains.

Police scrambled as people fought. Punches were thrown, slaps exchanged and people wrestled each other to the ground. During a temporary lull, a dozen or so State Police officers arrived in full riot gear. The organizers of the Providence Freedom Rally took about an hour to pack up what was left of their stuff and leave the State House grounds.

As the Resist Marxism organizers trundled their stuff along the bricks, two Providence Police Officers on horseback attempted crowd control. It was shortly after that I felt a wad of horse manure hit my umbrella and my arm. It washed away quickly in the rain.

The rally in Providence was timed to coincide with the approaching anniversary of the Charlottesville Unite the Right Rally where Heather Heyer was murdered and on the same day as a Patriot Prayer/Proud Boys rally in Portland, Oregon that also led to violence.

Two people from Ocean State Against Hate are known to have been arrested. One of the planned Resist Marxism speakers, Samson Racioppi, was reportedly hit in the back of the head with a bike lock and briefly hospitalized. Raccioppi is running for United States Congress in Massachusetts.

You can watch the entire rally here:

Ocean State Against Hate: Join us in ensuring that there is no platform for fascists in Providence 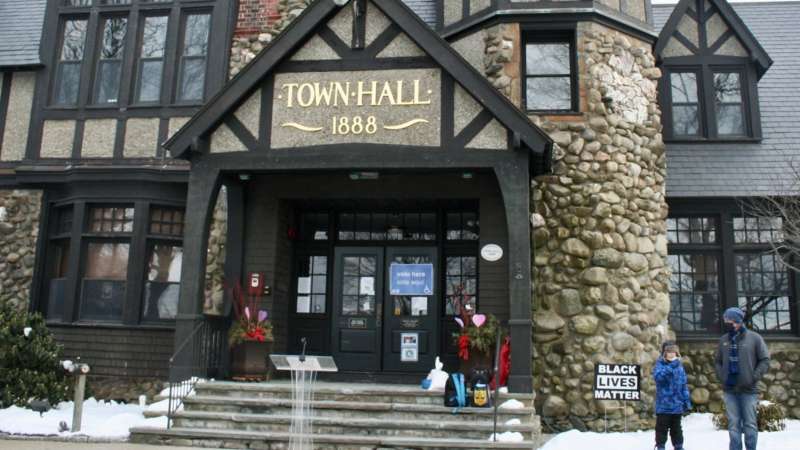 Race, politics and Covid collide at Barrington Zoning Board of Review

“To be honest with you, and we’ve had discussions about this – I’m not happy about going back to in person meetings anyway, right? … And the idea that someone...

“The people of countries that the United States considers as enemies are not our enemies,” said Tim Sprouls from the Rhode Island Anti-War Committee. “The people of China and Russia...