“…since I learned my employer is particularly aggressive in pursuing unpaid bills, every conversation about costs fills me with nausea and shame…” In 2017, a lawyer representing The Miriam Hospital sued a patient $1157.55 for an unpaid bill, plus an additional $113.21 in court costs. The patient replied: “I can only afford to pay $5 per week, due to financial

“…since I learned my employer is particularly aggressive in pursuing unpaid bills, every conversation about costs fills me with nausea and shame…”

In 2017, a lawyer representing The Miriam Hospital sued a patient $1157.55 for an unpaid bill, plus an additional $113.21 in court costs. The patient replied: “I can only afford to pay $5 per week, due to financial hardship. I get paid twice per month. I am a single mother, with no other income coming into the home and no state assistance.” The Miriam Hospital continued to pursue the lawsuit, and eventually the patient agreed to pay the debt in $20 per month payments for almost five years. She pays it still.

This case is typical of the lawsuits filed by hospitals in Rhode Island against patients. These records are accessible to the public. Just walk into the district courts, ask to use the computer behind the clerk’s desk. There, you can see for yourself the pain hospital lawsuits have caused patients in our state.

Many, though not all, hospitals in Rhode Island take their patients to court over unpaid hospital bills. But three teaching hospitals affiliated with Brown University – Rhode Island Hospital, The Miriam Hospital, and Newport Hospital – and operated by Lifespan, a nonprofit health system, sue patients the most.

As a doctor in emergency medicine residency training at these hospitals, I was surprised, and horrified, to learn my care might put patients in legal trouble. Like most of my colleagues, I assumed our nonprofit teaching hospitals forgave the debts of patients who could not pay their bills. After all, at least some of these bad debts are repaid by the federal and state governments through “uncompensated care” payments.

But Lifespan frequently takes low-income patients to court. You might think nonprofit hospitals would show lenience toward poor patients, but court records show little mercy. When Newport Hospital sued a patient for $2150.20, plus court costs, he pleaded that he was on Social Security disability, and already spent much of his meager income on medical costs. The hospital’s lawyer still sought the entire bill, though he did arrange for $25 monthly payments over the next 7 years. If the patient misses a payment, double-digit interest will accrue.

For a patient, there is no way out of this punitive litigation. If she does not respond to the court summons, the hospital wins by default. If she still does not pay, her wages may be garnished. Some patients protest to the court that charges are higher than they expected, or detail why they were dissatisfied with their care. None of these complaints matter. The hospital almost always wins.

When hospitals sue patients, the relationship between doctor and patient is strained. Recently, a patient asked me how much her chest X-ray would cost. I always answer these questions honestly: “I have no idea.” Doctors are trained to determine which tests and treatments are medically indicated, not to predict how much they will cost out-of-pocket for patients with various forms of insurance (or none). We already know low-income patients face too many barriers to the care they need. But since I learned my employer is particularly aggressive in pursuing unpaid bills, every conversation about costs fills me with nausea and shame.

Are lawsuits against patients necessary to keep our hospitals afloat, to avoid another hospital closing? Not at all. According to court records, during the first eight months of 2019, Rhode Island Hospital (which includes Hasbro Children’s Hospital) has filed suit against about 50 patients. The average suit seeks less than $2000. While this amount can be debilitating for a working single mom or a person living on disability income, it doesn’t make a dent in hospital finances. Assuming Lifespan keeps up its pace of lawsuits against patients for the rest of the year, it will secure roughly $150,000. This sum represents less than one-hundredth of one percent of the hospital’s total annual revenue. It is also 14 times less than Timothy Babineau, Lifespan’s CEO, made in 2017.

Last week an elderly woman asked me how much it would cost if she followed our recommendation to stay overnight for observation after a concerning episode of chest pain. I still did not know the answer. I asked other doctors in the emergency room, and they did not know, either. But I shuddered when I thought she, too, might stand before a judge in a few months, defending herself against my hospital’s lawyer. I did not go to medical school to see my orders push patients into penury.

Amazingly, Brown University’s teaching hospitals are not among the most ruthless of the nation’s academic medical centers. The University of Virginia Health System pursues thousands of patients each year, even placing liens that have forced families from their homes. The Johns Hopkins Hospital claims the wages of its own employees when they prove unable to pay medical debts.

But my own hospital system should not console itself that it has not yet sunk to these depths. When we train new doctors to care for patients, we should not also be teaching them to make patients choose between disease and destitution. Young doctors know indebtedness and legal trouble are bad for our patients’ health, and we want no part in being the cause of either. 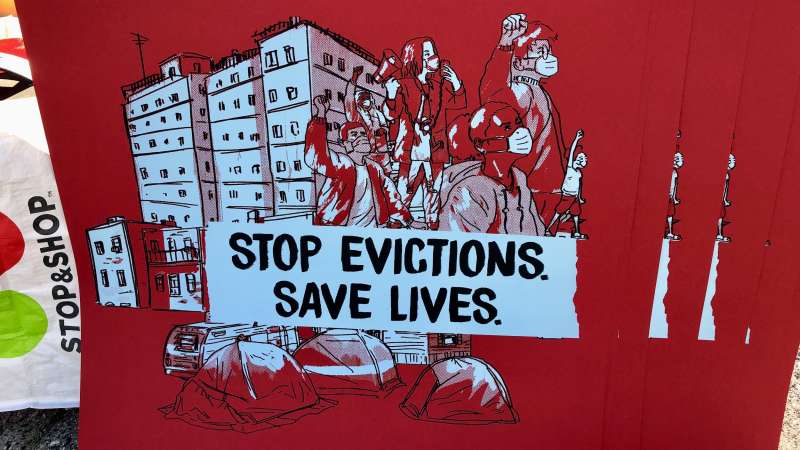