As usual, a collection of social justice news stories that need more attention: 1a. Providence City Plan Commission silences the public on Port garbage project 75 people turned out on Tuesday to oppose it. But the applicant requested a last minute continuance, and turnout for the meeting was less than could be expected as a result. Media coverage was also

Published on January 26, 2020
By Steve Ahlquist

As usual, a collection of social justice news stories that need more attention:

75 people turned out on Tuesday to oppose it. But the applicant requested a last minute continuance, and turnout for the meeting was less than could be expected as a result. Media coverage was also cancelled at the last minute.

The Providence City Plan Commission granted the continuance so fast that the public was barely aware that their opportunity to speak was over before it even began.

“Hopefully anybody who’s here for that matter made note of the date, same time, same place,” said Providence City Plan Commission Chair Christine West. “It will be publicly advertised.”

West seemed to expect everyone to simply go home quietly and maybe return on March 17th when the item may (or may not, if there’s a further continuance) be heard.

1b. Governor Raimondo set a 100% renewable energy goal; The Progressive Democrats have a plan

“When we meet this goal, Rhode Island will be the first state in America to be powered by 100 percent renewable electricity,” said Governor Gina Raimondo last Friday, announcing her executive order directing the state’s Office of Energy Resources (OER) to conduct an economic and energy market analysis to develop actionable policies and programs. awards this goal.

The OER is expected to issue a final report by the end of the year, but the Rhode Island Progressive Democrats of America (RIPDA) have already begun the work, and they already have a plan to make Rhode Island self sufficient for all of our energy needs by 2030 through wind, solar and tidal energy.

“Our renewable energy project and blueprint accounts for all forms of energy including transportation and heating,” writes the RIPDA on their website. You can see a summary of the plan here.

Is ISO New England, the non-profit that runs and maintains the energy market that determines how much consumers pay for power actually keeping up with the times? There are stirrings in Connecticut that seems to indicate that isn’t the case.

Because ISO doesn’t comprehensively take in the full impact of some renewables such as behind-the-meter solar, the annual auctions they hold are therefore coming in a little higher than they need to. If home solar and wind can provide kilowatt hours virtually for free, what is the real price of electricity in New England? Are the auctions fair, or are they slanted towards guaranteeing energy producers money and profits?

As more and more renewable projects come online, and as states (such as Rhode Island, see item 1b. above) begin to develop holistic, all-encompassing energy plans, what is the future of ISO? Does ISO have a future?

Check out the piece that got me thinking about this, by Patrick Skahill at the CT Mirror.

Nearly 400 people gathered on the south steps of the Rhode Island State House on Saturday in conjunction with protests taking place across the nation and in Washington DC to call for new leadership in Washington DC and for an end to the Trump Administration. The message in Rhode Island, delivered from 16 speakers including activists, elected officials and candidates for office, was more about local politics than national, drawing stark comparisons between government as usual under the leadership of House Speaker Nicholas Mattiello (Democrat, District 15, Cranston) and the federal government under President Donald Trump.

“Because of your dedication, our right to safe and legal abortion is now protected by Rhode Island State Law,” said Emily Boucher from The Womxn Project. “Looking beyond our state, the success of your work has elevated our fight to the national stage. Rhode Island, we are now a model for progressive change. And together we are gathered today to loudly and boldly and unapologetically proclaim that we are just getting started!”

“In the for-profit prison context, growing your revenue means locking more people up. Which… runs counter to this notion of criminal justice reform and not locking people up for minor and non-violent offenses,” said Rhode Island General Treasurer Seth Magaziner.

4. On the anniversary of Roe, legislation introduced to expand medical coverage for abortion

“The ban on Medicaid programs and state employees’ insurance policies covering abortion is just one more vestige of the time when legislatures used every tool they had to deny people their right to choose,” said Representative Liana Cassar (Democrat, District 66, Barrington, East Providence). “All Rhode Islanders deserve bodily autonomy, including the poor and those who are employed by the state. This ban is a backdoor means of denying reproductive rights, and it should be eliminated.”

A legal claim for damages has been sent today to the City of Pawtucket over a School Resource Officer’s (SRO) “gratuitous and unlawful” handcuffing and arrest of a 13-year-old African-American middle school honors student. The damages claim was submitted by ACLU of Rhode Island cooperating attorney Shannah Kurland as a required legal prerequisite to the filing of a lawsuit on behalf of the student, Tre’sur Johnson.

“When I see officers now, I just try my best to avoid them cause I feel like, what if I do something wrong?” said Tre’sur Johnson, a 13-year old who was arrested after a minor altercation with another student in her school. “Schools should be helping kids, not handcuffing them.”

5b. Department of Corrections agrees to release inmate being held at the ACI despite being paroled

Under a stipulation signed by Rhode Island Superior Court Judge Robert Krause and entered today, the Rhode Island Department of Corrections (DOC) will release from custody a man that ACLU of Rhode Island attorneys argued was unlawfully being held in prison despite a unanimous decision by the Rhode Island Parole Board to release him on supervised parole.

“We are encouraged that the DOC has recognized and appropriately begun to address the adverse impact of its policy change and look forward to working, hopefully collaboratively with DOC, to fix the issue as to all impacted,” said ACLU of Rhode Island cooperating attorney Lynette Labinger.

Participatory budgeting (PB) is a democratic process in which community members directly decide how to spend part of a public budget. The process has been adopted by more than 5,000 cities worldwide. Central Falls High School is the first school in the state to engage students in PB, with $10,000 allocated by Mayor James Diossa and the School District. The process, known as Warriors for Change, was implemented through a semester-long class which was co-taught by Central Falls City Councilmember Jessica Vega, and Pam Jennings, who has facilitated PB processes in NYC, Boston, Cambridge, and Vallejo, CA.

“Central Falls High School is a school with community-driven students, and that is the message we want to send to the state of Rhode Island. Warriors for Change is run by students in control of a $10,000 budget to make school improvements decided on by the student body. With the support of Mayor Diossa, Central Falls City Council, the Central Falls School District and the Secretary of State, the entire student body will decide what projects are funded. We are thankful for this opportunity and look forward to seeing the projects completed, and doing even more,” write the students of Warriors for Change in a statement.

A tentative agreement was reached last night between Teamsters Local 251 and Ocean State Transit, a subsidiary of Student Transportation of America (STA). A strike vote had been taken last week.

“Our coworkers will be very happy with this tentative agreement,” said Ocean State Transit Bus Driver Charlene Gomes. “They were willing to strike to get a fair deal and the company knew it.”

8. RI Democrats invited to be a part of the 2020 Democratic National Convention

The Rhode Island Democratic Party is inviting all registered Democrat voters to have a voice in choosing our next Presidential nominee at the upcoming 2020 Democratic National Convention, by learning how to become a delegate for that event. The Convention will be held July 13 – July 16, in Milwaukee, Wisconsin. (All expenses are paid by delegates.)

“We are hoping that Rhode Island Democrats will become a part of this exciting process and share their voice in this pivotal presidential election,” said Party Executive Director, Cyd McKenna.

In an open letter to Governor Gina Raimondo, Providence Mayor Jorge Elorza, Rhode Island Department of Transportation (RIDOT) Director Peter Alviti and Rhode Island Public Transportation Authority (RIPTA) CEO Scott Avedisian, the Rhode Island Transit Riders and other community groups raised concerns about proposals that have been floated to reduce or scatter the main hub of the state’s public transit system at Kennedy Plaza. The groups defended the importance of this central transit hub, and called for a more open process where people who use Kennedy Plaza would be listened to.

“The state’s central bus hub at Kennedy Plaza plays a key role in keeping our mass transit system accessible and usable,” said Patricia Raub, coordinator of the Rhode Island Transit Riders. “A well-designed bus hub should be placed for easy foot traffic at a central downtown location where streets converge, which is where Kennedy Plaza is now. The students, seniors, disabled people, and commuters who use Rhode Island’s transit system need to be among the first people consulted on transit, not the last.”

The Providence Preservation Society (PPS) announced the 2020 Most Endangered Properties (MEP) List at the organization’s Annual Meeting on January 23rd. The list is comprised of architecturally and historically significant properties in Providence threatened by neglect, deterioration, or demolition.

For over 25 years, PPS has worked with concerned neighbors, owners, and activists to develop the annual MEP List. Its purpose is to generate interest in and support for the preservation of vulnerable structures; to educate the public about the benefits of historic preservation and the diverse architectural resources in Providence; and to foster creative collaboration among property owners, developers, and other interested parties to bring about positive changes to each property. Buildings and artifacts on this year’s MEP list represent a variety of aspects from the city’s history.

“Providence is known far and wide for incorporating its rich history and bold art into its bright future,” said Mayor Jorge O. Elorza. “Each year, the PPS Most Endangered program shares the story of our city through its most treasured gems while encouraging creative approaches to bringing them back to life. As we continue to build our reputation as a world-class city, these historical sites are not only reflective of where we have been, but of all the places we have yet to go.” 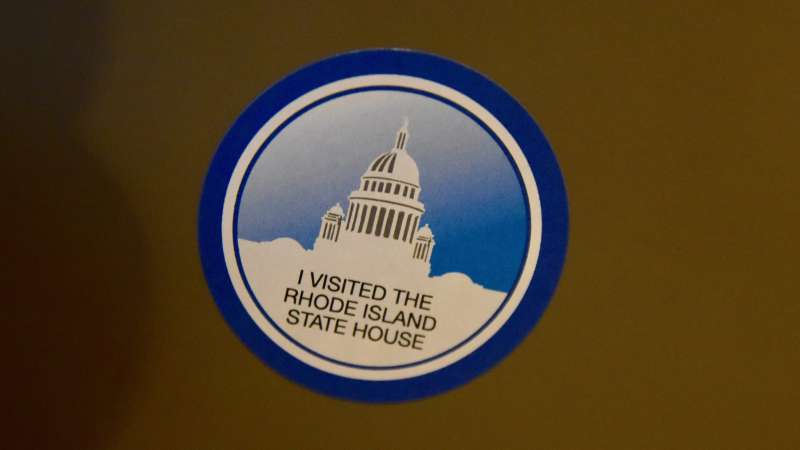 Those of us lucky enough to have homes are being encouraged to stay there as the world seems to be quietly shutting down due to fears of the coronavirus pandemic.... 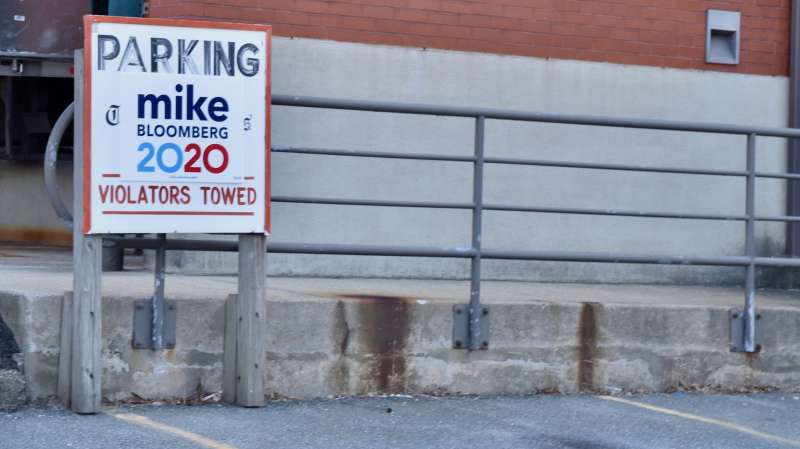 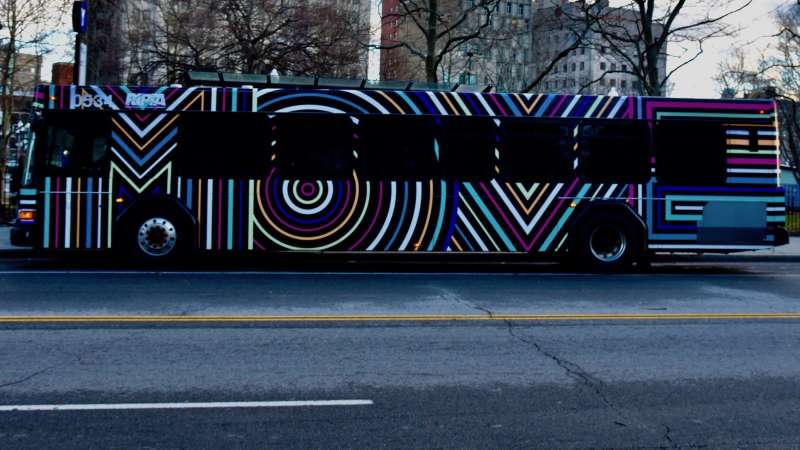 Better late than never, here’s a rundown of stories covered by UpriseRI and other local, independent news sources! 1a. Progressive Democrat’s clean energy plan an “extraordinary roadmap to action” 1b....