David Casey: Science does not say what the governor would like it to say

Jameson Boyd: Cashless businesses are illegal for retailers in RI, so why is the Newport Bridge an exception?

Coalition to future Governor McKee: Tax the rich and invest in housing, economic justice and decarceration

Dr Keith Corl: As the pandemic enters its second year, the toll it extracts from health care workers has mutated

Sunrise statement on the 2021 Act on Climate Bill 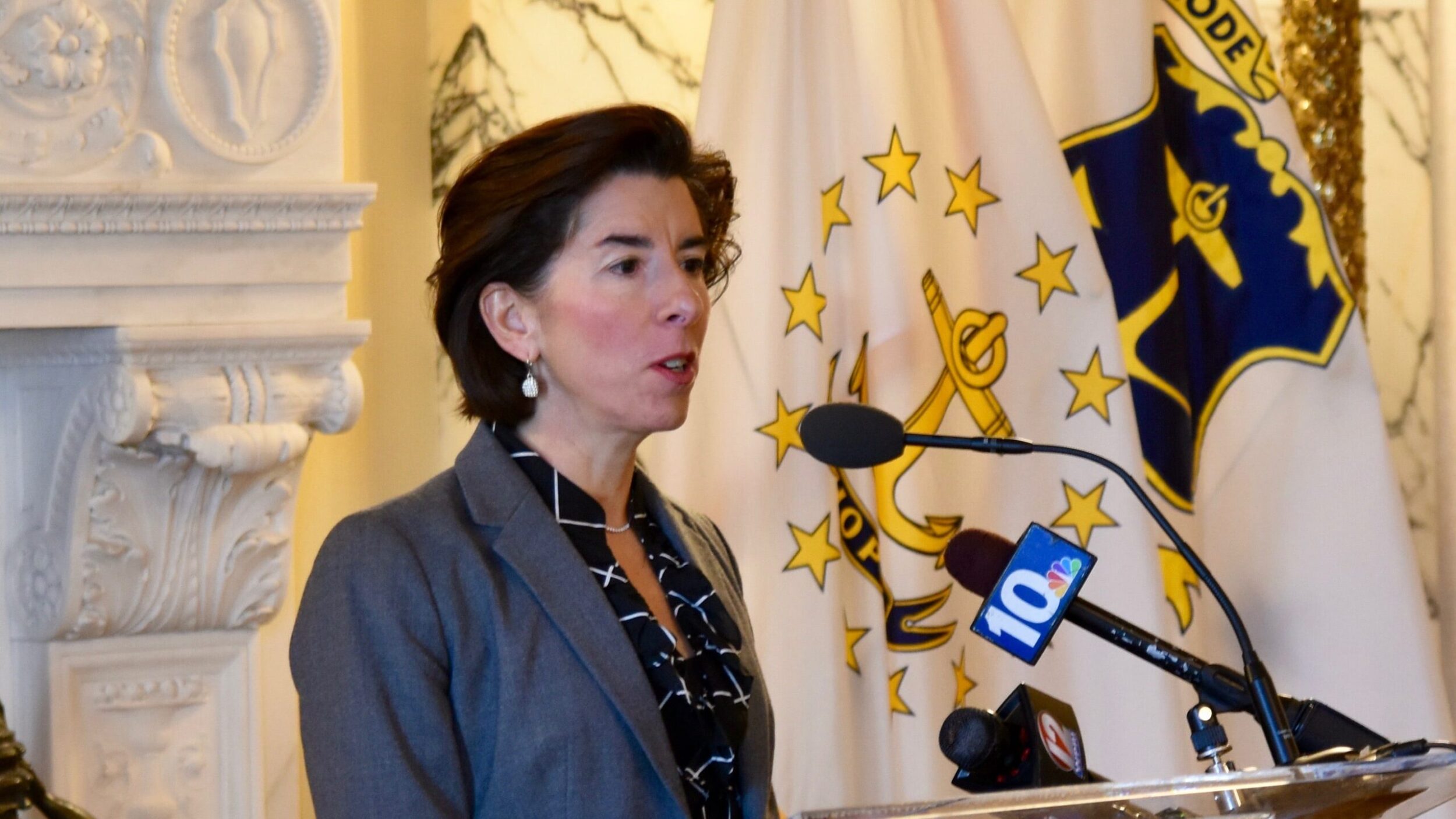 “In point of fact, the science does not say what the governor would like it to say. There is no scientific consensus on how coronavirus interfaces with children and thus no authoritative guidance on reopening schools. Put simply, we don’t have enough information to work with and infectious disease experts disagree over what that pittance of data ultimately means…”

At a coronavirus briefing two weeks ago, Governor Gina Raimondo boasted that kids would be safer in schools than virtually anywhere else and then insinuated that concerned teachers and parents were “fearmongers.” The next day, she hosted an uncannily synchronized virtual forum with two local pediatricians and Commissioner of Education Angélica Infante-Green. All four participants seemed to agree that parents have more to fear from depression, atrophy and indolence than SARS-CoV-2, the virus that causes Covid-19.

The forum was unnerving not only because it seemed rehearsed, but because it excluded all of the science that doesn’t jibe with Raimondo’s intentionally vague proclamation that children and teachers will return to school on August 31. To be sure, Raimondo insists on in-person learning, but she doesn’t want to insist too hard. She understands pandemic politics well enough to know that you must appear to prioritize both reopening and safety, so she chooses her words very carefully.

Once in front of a webcam, the pediatricians were more interested in talking about the importance of social interaction, mentorship, routine and good nutrition than assessing risk, and that suited the governor just fine.

Raimondo struck a less aggressive, more deferential tone at last week’s briefing, eschewing rhetoric about “fear” and “fearmongers,” and instead talking about caring teachers and parents who just need to listen to the science and trust in their public servants. We aren’t irredeemable, perhaps, just a little misguided.

In fairness, the difference between the two briefings transcended tone. Last Wednesday, Raimondo revealed that her position on school reopening had softened a little, though it’s exceedingly difficult to parse her rhetoric, which is meant to exploit the imprecision of language. In an effort to play both sides, she routinely says “schools will reopen” when she really means schools will reopen for in-person learning and occasionally, schools will open one way or another. She said her administration is working with an advisory board to create five metrics that will be used to determine which districts can reopen and to what degree. This was an improvement over the previous briefing because it broached the possibility that some districts may not meet Raimondo’s standards for in-person reopening, despite her insistence that every district must reopen for the developmental and psychological well-being of children.

Whereas districts were initially discouraged from offering elective distance learning, it was announced last week that every district would now be expected to offer a virtual option. Raimondo and the commissioner were cagey about the question of masks and precisely how mandatory a statewide mask mandate would ultimately be, but they did seem to acknowledge that mandatory should mean something more than recommended.

Early on it looked like Raimondo was drifting in the right direction, albeit with few to none of the vital details pinned down. Then came last week’s virtual forum, this time featuring Department of Human Services Director Courtney Hawkins and Dr. Sten Vermund, an epidemiologist from Yale’s School of Public Health. The proceedings felt less staged than they did in Week 1, but there were no dissenting opinions; it was clear that Raimondo had carefully curated her forums and panels to justify a foregone conclusion. I suspect the cart was always before the horse — we just weren’t inclined to believe that our governor would sell us all down the river.

After a lengthy monologue on how well children are weathering the pandemic, Vermund conceded that in-person learning would imperil vulnerable adults — older people and people with pre-existing conditions who travel, intentionally or not, within the orbit of students and school staff. You don’t have to be an epidemiologist to understand how old buildings packed with asymptomatic vectors with little concept of hygiene, restraint and social responsibility could lead to a deadly resurgence, especially in communities where multigenerational households are the rule.

The main takeaway from Forum No. 2 is that, for all his cavalier, nothing-to-see-here blather, Vermund quietly acknowledged something Raimondo has soft-pedaled from the start: kids are vectors, and possibly even prolific vectors. Leaving aside multisystem inflammatory syndrome and burgeoning research that asymptomatic children can suffer lung damage, the most powerful argument against reopening schools is that doing so will facilitate outbreaks and, quite possibly, a resurgence.

The safety-first movement is not certain that we’re doomed, and we don’t feign certainty — it is enough to know that terrible outcomes are possible and that we don’t understand CoV-2 well enough to pretend otherwise. Experts who make assurances and compare pandemic mitigation to flu mitigation — experts like Vermund, in fact — are hard to take seriously, especially when they say things like, “this is no time for doom and gloom,” “kids are resilient” and we should “handle this like the flu.” Peddling this sort of tripe puts you in the company of the president, which is either great or appalling, depending on your perspective.

Hawkins was on hand to testify that the state’s decision to reopen daycare facilities and summer camps had been a rollicking success, which, to Raimondo, means that schools can and should follow suit. While it’s commendable that the state imposed stringent safety standards on childcare centers, it is pellucidly clear that these small-scale, often minimally staffed operations (and camps, which are mainly outdoors) bear little resemblance to public schools, which are ponderous, dirty, poorly ventilated operations in the best of times.

The week before, Dr. Jim McDonald, a pediatrician who works for the Rhode Island Department of Health, did his best to bolster Raimondo’s position by advancing the same strain of selective, decontextualized nonsense about CoV-2 and children that we’ve been hearing from Trumpian quarters for the past several months. According to McDonald, kids don’t often catch the virus, get very sick from it or pass it on, a perspective that ignores contradictory data and the troublesome fact that we do not have enough data to call it one way or the other.

But McDonald, Vermund and Raimondo know that if we can be convinced that children are significantly less susceptible to CoV-2, we’re liable to believe that isolation, educational stagnation, depression and undernourishment are more dangerous to young people and their adult contacts than CoV-2. In other words, literally every consideration besides corporeal health and safety should guide our decision on reopening schools.

Now, Raimondo and company do not have much in common with Trump, but they are responding to the same species of political pressure in nearly the same way. Unfortunately for worried parents and teachers, too many people with heavy checkbooks want their workforce back, and our society — in a terribly inefficient, perverse turn of social engineering — leans heavily on schools for the provision of such services as childcare, food assistance and counseling (all of which we could provide without reopening schools).

This invisible imperative is why we were graced with the incoherent spectacle of the July 22 coronavirus briefing, at which the governor excoriated house partiers and beachgoers for not taking the virus seriously enough, and in the very next breath suggested that parents and teachers were blowing everything out of proportion.

It is also why, as opposition groups crystallize and counterpressure mounts, Raimondo has retreated from the confident-yet-polarizing tenor of her opening act. At this point, Raimondo may well delay the start of in-person learning, but she will do so against her will.

In point of fact, the science does not say what the governor would like it to say. There is no scientific consensus on how coronavirus interfaces with children and thus no authoritative guidance on reopening schools. Put simply, we don’t have enough information to work with and infectious disease experts disagree over what that pittance of data ultimately means.

A report released on July 15 by the National Academies of Sciences, Engineering, and Medicine put it this way: “There is insufficient evidence with which to determine how easily children and youth contract the virus and how contagious they are once they do.” This knowledge gap “makes it extremely difficult for decision-makers to gauge the health risks of physically opening schools and to create plans for operating them in ways that reduce transmission of the virus.”

Because children are more likely to be asymptomatic, it is extremely difficult to determine how well they transmit the virus to others. Studies from South Korea and Germany, and reports from Israel, Missouri and Florida inconveniently suggest that children can and do spread the novel coronavirus and that, in some cases, children are driving outbreaks. If you don’t believe me, check out this helpful roundup from Smithsonian Magazine.

Toward the end of the first forum, McDonald memorably quipped that, “fear is the way to the dark side,” a stunning piece of wordcraft that Raimondo apparently found irresistible.

Personally, I think intellectual dishonesty, hubris and intractability is the way to the dark side.

David Casey is a public school parent in Rhode Island and a special education teacher in Massachusetts. Before earning his teaching certification, David worked for approximately 15 years as a reporter and editor for a number of local newspapers.

Casey Fredette: The lives of students and educators should not be gambled on