It ends with a dark money whimper: The failed recall effort in North Kingstown

“How does the story end? With a dark money whimper,” writes Tom Sgouros. “Tuesday was the deadline for turning in signatures, and none were turned in at all. The word in town is that in the end Brimer and company had gathered fewer than 700 signatures, not even close to half the signatures they needed.”

The news you may not have heard last Tuesday was about what didn’t happen, and how one of the most effective illusions in Rhode Island politics was pierced.

Some background: In August of this year, 50 North Kingstown citizens, led by Mary Brimer, Republican member of the Town Council, filed a petition to force a recall election against School Committee member Jennifer Lima, an outspoken advocate for diversity and equity in the schools. Running on her experience founding Toward an Anti-racist North Kingstown (TANK), Lima got more votes in November 2020 than any other town candidate, which wasn’t bad for her first election. But that didn’t stop a committed band of (mostly) Republicans from filing to recall her for “publicly stat[ing] an opinion that does not reflect the views of her constituents.” (This is a quote from their petition, which can be found here.)

According to the town charter, when presented with such a petition, the Board of Canvassers must
respond with official signature sheets. The recall proponents then had 60 days to gather 3102 signatures to force an election. If recalled, Lima would have been replaced with one of the Republicans she beat last fall.

This was, of course, just a cynical move to undo an election Republicans could not win fairly. They calculated that they had a better chance in a low-turnout election of angry voters than in the general election. So they began angering people to gather signatures, making up stupid lies about “critical race theory” and the wounded self-esteem of little children being taught they are all equal. And Marxism. Lima was described as radical, dangerous, and a communist puppeteer orchestrating all manner of evil from deep behind the scenes.

It was all laughable until the money showed up. Late in August, the Gaspee Project, an affiliate of Mike Stenhouse and his Center for Freedom and Apple Pie, decided that Lima was public enemy number one, and they focused statewide attention on her and North Kingstown. Glossy mailers began to appear in mailboxes and under windshield wipers around town, telling people about Lima’s evil ways. A polished web site materialized that seemed to claim that Mel Benson, a longtime state representative and school committee member, would have endorsed this recall effort. Mel, of course, was a longtime Democrat who went to all the national conventions, and was proud of having met more than her share of presidential candidates. She was also Black, making her a convenient asset for the Gaspee Project and their “Friends of NK Schools” to claim, and she died a few years ago, so was not able to object to their obscene use of her name and image.

Attendance at school committee meetings went way up as people gathered to denounce the evil diversity initiatives (and masks), and tables to collect signatures appeared at the town’s transfer station and the post office. There was certainly money in town, but nobody knows who was funding it all. The state’s election disclosure laws do not cover the signature-gathering phase of a special election.

So what happened? For one thing, the people who showed up to yell at the school committee about how Lima and CRT were routinely outnumbered by 3 or 4 to 1. For another, the school committee membership held together and, along with all the other town Democrats in local and state offices, they denounced the recall effort in a joint letter. And Lima raised a small avalanche of money she did not solicit, pulling in four times as much in August and September as she had raised the previous November’s election.

How does the story end? With a dark money whimper. The tables didn’t appear at the post office last week, and rumors of canvassers declined. Tuesday was the deadline for turning in signatures, and none were turned in at all. The word in town is that in the end Brimer and company had gathered fewer than 700 signatures, not even close to half the signatures they needed.

The lesson of the last month appears to be this: the dark money that fuels hate campaigns like we saw in North Kingstown is secret, vicious, and unprincipled, but also ineffective. It turns out that dollars don’t sign petitions or vote. But they can look effective and so we spend time and energy opposing them. This is what bullies do.

Statewide, the RI Center for Freedom and Apple Pie and the Gaspee Project certainly look effective. Director Mike Stenhouse and his team issue press releases and email blasts every day, invite people onto their podcast and cable show, appear on news shows, and do their level best to stir dissension, amplify anger, and insult well-meaning people doing the hard work to improve our state. Their reward for that is attention, from which Stenhouse doubtless earns a comfortable living; tribunes for the rich have always done well for themselves, even if they are seldom allowed to join the ranks of those they serve.

But it’s all a show: Gaspee and Apple Pie represent nothing more than a bunch of wealthy donors who have the money to create and intensify anger. They can throw dust in the air and bully the timid, but that’s all. Our state will be a lot better off when this illusion is widely understood, even if news show ratings suffer as a result. 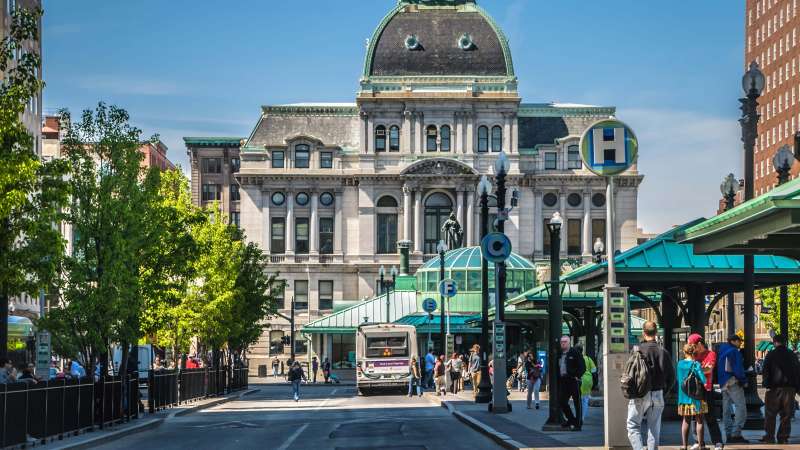