Information is power, but past Speakers apparently never understood that. They thought of power in terms of patronage and transactions, not policy, so they didn’t invest in staff or capacity at the state house, and so when we need it, it’s not there.

It seems the state is still sitting on over a billion dollars of money from the federal government, and still has no plan for it beyond a tentative plan for spending a tiny fraction of it on housing. The need for housing, food, and other social services has never been higher, the deferred maintenance and infrastructure needs are huge, and it’s not as if there aren’t dozens of excellent policy ideas other states are adopting that could work here. But we can’t have any of that, apparently. How is it that something so crazy seems to be happening?

Congress passed, and President Biden signed, the American Rescue Plan Act back in the spring. This provided billions of dollars to address the economic gasping caused by the pandemic. It seems to have worked, and the United States economy has rebounded faster and higher than any other advanced economy in the world. A victory for policy, but not everywhere.

Lots of states have been spending this money for months already, but Rhode Island has just been kind of hanging onto it. Why?  Well Governor Daniel McKee bears some of the blame for making one of his first acts in office an attempt to spend $5 million on an absurd consulting contract for friends of his. If that’s the way he wants to conduct policy, why should anyone trust him or his administration?

And that’s a real problem, because the legislature has nobody they can trust to come up with a plan for this money. The General Assembly has only a small handful of policy people on their staff, and their hands are already full.

Despite the fact that the Joint Committee for Legislative Services (JCLS, the agency that runs the business of the General Assembly) has 300 employees, only a dozen of them even have “policy” in their title and it’s not at all clear that their actual duties are reflected by their title. By contrast, there are over forty secretaries and administrative assistants and three dozen lawyers. There are more people responsible for running Capitol TV than there are for policy. No legislators have any staff of their own, at all, beyond some shared secretarial support. The House Finance committee has staff, but they are budget people, not policy experts. (And they belong to the House, not the Senate, which is a related, but different problem.)  In a very real sense, there are not nearly enough people employed by the House or Senate to take on a policy challenge of this scale.

And this is a weird way to run a state. What is a General Assembly except a bunch of people elected to make policy for the state?  But here in Rhode Island, policy is all deferred to the executive branch, where there are planners and experts on staff. All the capacity to think about what might be done is there, not at the Assembly. Which is a problem when you don’t trust the Governor, which, to be honest, should be most of the time.

People say the Speaker is the most powerful position in the state, but it’s mostly a negative power, to block or punish. Without a real policy staff the Speaker cannot create, only assent to the creations of others. Information is power, but past Speakers apparently never understood that. They thought of power in terms of patronage and transactions, not policy, so they didn’t invest in staff or capacity at the state house, and so when we need it, it’s not there.

Usually they can hide this lack of capacity and fidget with some of the administration’s budget numbers to make it clear who’s boss, but the mask falls off when there’s real work to do, like right now.

The Assembly should have the capacity to assess the policy claims made by the administration, whether it’s the performance measures of some existing department or a new policy proposal being put forward. It should empower legislators to add to the discussion by supplementing their research capacity. It should have the capacity to suggest new policies to the administration. That kind of discussion is how policy advances and that kind of capacity is what our state needs.

Will this cost money?  Well, yes. But it’s hard to say that the neverending penny-pinching by our state government has served us well. Are you happy with the government you have?  It’s annoyingly normal to talk about government’s high cost, but there is a cost to not investing, too. 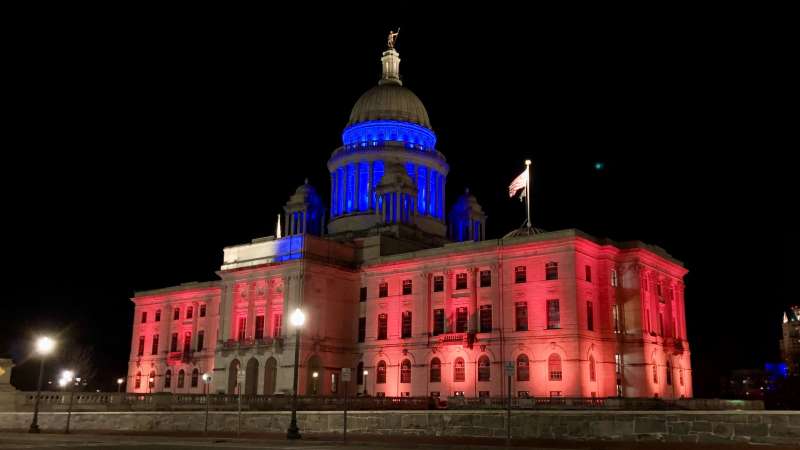